WTM 2015: Halkidiki Gets Ready for ‘Year of Aristotle’ 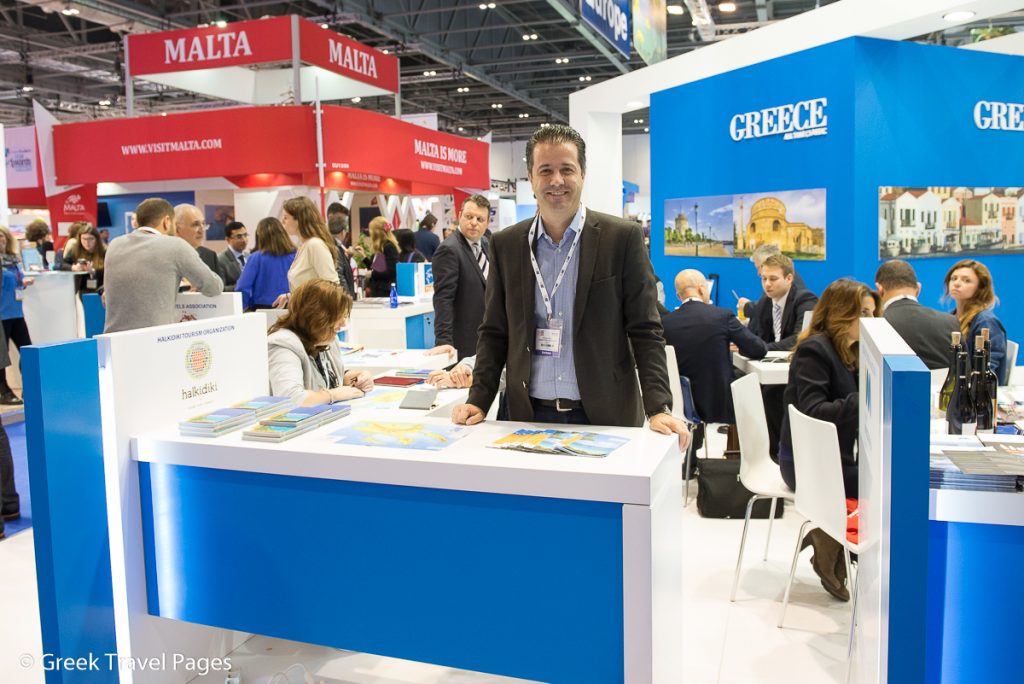 The Halkidiki Tourism Organization (HTO) this year promoted the region’s “other face” to the UK market at the recent World Travel Market trade show in London.

“This year we are showing the destination’s alternative side that includes environmental tours designed for 2016”, the HTO’s president Grigoris Tassios told the Greek Travel Pages (GTP) on the sidelines of the show.

The HTO will dedicate 2016 to the 2,400 years of the birth of the great philosopher Aristotle and plans to launch a series of parallel events, including excursions to ancient Stagiron and Amphipolis, paving the way for the introduction of a new form of tourism for its visitors: archaeological tourism.

At the WTM, Halkidiki’s presence was strengthened as it was near the stand of the Region of Central Macedonia and Thessaloniki Hotels Association, making it easier for professionals to receive information about the area of Northern Greece from one section.

Mr Tassios told GTP that the HTO believes that launching synergies is the key in order to make a difference as a destination in the international tourism scene.

“I think we can make a difference in the coming years only if Halkidiki is united with Thessaloniki and perhaps Pieria (Central Macedonia) under a new branding through which everyone will have something to sell, whether it is ‘sun & sea’ — the basic product — or historical, cultural and gastronomic elements”, he said.

According to Mr Tassios, uniting Halkidiki with Thessaloniki and Central Macedonia and presenting it to the market as one strong destination is among the main goals of the organization.

“This must be done and we all must leave each destination’s ego aside and carry on to a procedure that will bring goodwill, which only comes through synergies”, he said.

On next year’s tourism season, Mr Tassios said that the professionals in Halkidiki are cautiously optimistic. 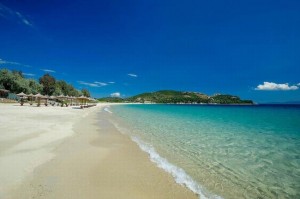 “Although we were down by 10 percent this year compared to 2014, mainly due to reductions in air arrivals from Germany and Russia, we are doing well due to road tourism which is being strengthened by travellers from Hungary, Polonia, Czech Republic, Turkey and Italy”, he said adding that if the situation in Greece remains calm, tourism in Halkidiki next year will at least be on the same level of 2015.

On Greece’s refugee crisis, Mr Tassios said that Greece is showing its big heart by taking the refugees in but in reality can not accommodate especially during this period as the country is facing several internal problems.

“Every home in Greece has an unemployed person, every home has serious financial problems so you can understand that this is a very difficult issue for us”, he said.

Mr Tassios underlined that the refugee crisis does not only concern Greece as it is a European issue, which must be addressed as a whole.

Aiming to increase the number of UK visitors to Halkidiki, during the WTM, the HTO held over 40 pre-scheduled meetings with UK travel agencies and specialized travel professionals dealing with wedding tourism.

Moreover, at the WTM the organization searched for new promotional practices for Halkidiki and explored online promotional methods launched through partnerships and synergies with major travel portal and online booking systems.