With 335 days of sunshine, Rhodes is definitely the place to be if you want to prolong your Greek holidays… “and that’s a statistic”, Rhodes Mayor Fotis Chatzidiakos says with a smile while speaking to the Greek Travel Pages (GTP) during the recent World Travel Market (WTM) in London.

But the mayor of the largest Dodecanese island summed up the reasons — and there were many — to visit, including direct accessibility via its international airport, its wide choice of accommodation facilities, mostly 4- and 5-star, it’s vast variety of activities, its highly-trained work force, the surrounding islets, and of course, its diverse history.

“Rhodes is a crossroads of civilizations from antiquity as a shipping power through to the Knights of Rhodes. It has been throughout history home to diverse ethnic and religious communities and it is here that Greek-Orthodox, Catholics, Jews, Muslims and Armenians coexisted in harmony,” Mr Chatzidiakos explains.

“The Medieval town of Rhodes is an UNESCO World Heritage Site, and considered to be one of the few remaining ‘living and breathing’ Medieval towns in the world, with some 6,000 permanent residents, hundreds of shops and entertainment venues.”

The mayor adds that besides the rich history of the island, most of which can be experienced through its impressive monuments, Rhodes boasts dozens of Blue Flag beaches and a large dynamic of accommodation facilities which are now seeking to also draw in MICE tourism. 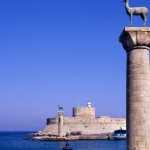 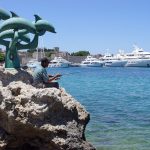 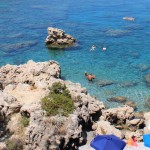 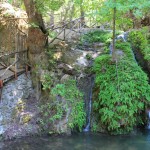 “Rhodes was among the first islands in the Mediterranean to develop tourism in the ’60s. As such, it has through time gained a reputation as being in tune with the changing times and demands. Rhodes accounts for a large part of the country’s hotel infrastructure, home to at least 200 4- and 5-star hotels… visitors to Rhodes come here for the complete experience, which includes amenities and comforts that can only be offered by such hotels,” he explains.

“At the same time, Rhodes remains a very cost-friendly island, partly because tour operators proceed with mass bookings. In the meantime, the airport makes the island accessible to over 100 cities in Europe directly.”

The mayor goes on to add that a vacationer to Rhodes can also visit other smaller islands on day trips. “I call these tiny gems ‘satellite islands’, five or six islets, such as Symi, which is living portrait of traditional architecture or beautiful Halki.” 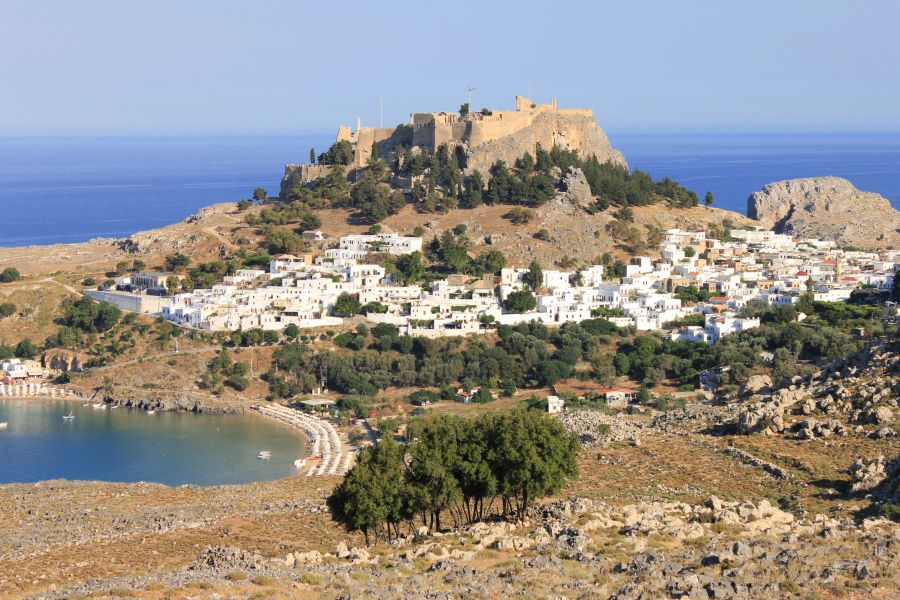 “But at the same time and behind the cosmopolitan image of Rhodes there are 43 small villages which offer a glimpse into a very different side of the island, one that veers away from the main tourist attractions. It is there that Rhodes hospitality and character emerges in a back-to-basics light thanks to the locals,” he says.

As for extending the tourist season, the mayor is candid. “Rhodes has always been able to cater to 12-month tourism. We now also have a new marina to operate fully next year which can accommodate up to 400 craft. This year we’ve managed to keep the tourism season running but unfortunately through Turkey’s Dalaman Airport due to lower landing and service fees.”

Mr Chatzidiakos told the GTP that he is expecting talks earlier this year with Fraport — a consortium that was awarded a 40-year operating concession for 14 regional airports including Rhodes’ airport — will pave the way for 12-month tourism through lower fares and services and with the participation of the private sector.

On a final note, speaking as the president of the Cyclades and Dodecanese Mayors, Mr Chatzidiakos spoke of the refugee crisis affecting surrounding islands.

The traditional butterfly of Rhodes… as a commemorative pin distributed to visitors at the Rhodes stand at the recent WTM (Nov 2-5) trade show in London.

“Rhodes has not seen its image tarnished nor its travelers leaving. And this is in large part due to collective community efforts. We have a shelter which is currently hosting 277 refugees which came in this morning (November 1-2). The beds, items, food, clothing have all been donated by the island’s hoteliers and restauranteurs. But we also have volunteers on the spot offering help as well as volunteer doctors,” he explains, adding that he is dismayed at the international media for failing to portray this side of the story.

“I must stress that the refugee issue cannot be solved by local authorities or by Greece alone, it is a European problem, it affects everyone, a global issue.”

He adds that contrary to neighbouring countries, none of the Greek islands have received any EU funding to deal with the influx of refugees.

WTM 2015: Halkidiki Gets Ready for ‘Year of Aristotle’