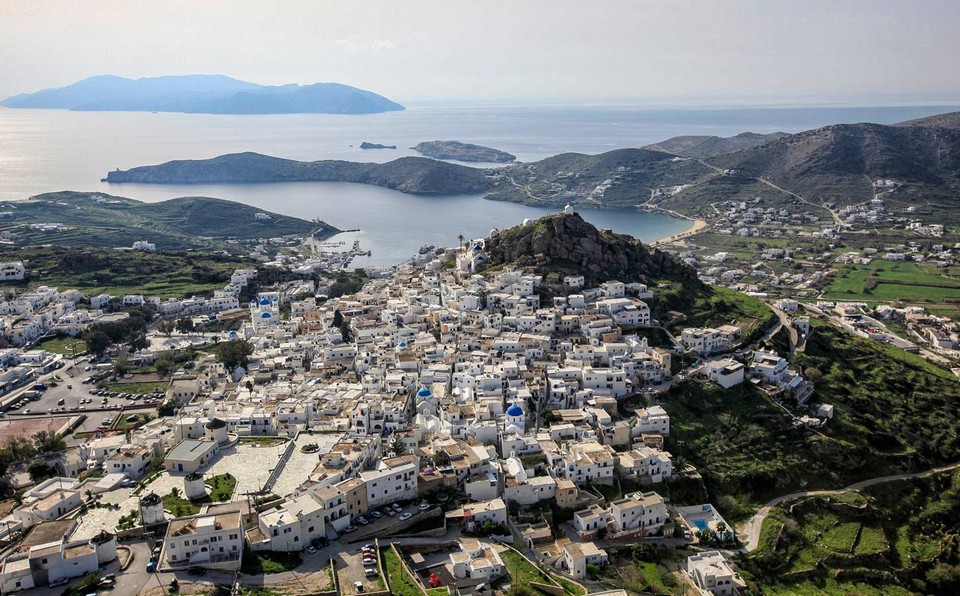 For the authorities on the Cycladic island of Ios, the best way to get things done was to hire a consulting agency which would offer the knowhow and the connections to bring Ios into the spotlight, Angela Fakou representing the Ios Municipality Tourism Committee, told the Greek Travel Pages (GTP) during the World Travel Market in London last week.

“Let’s face it, working in tourism doesn’t necessarily mean we have the knowhow to make the targeted moves required to make a difference. That’s why we decided to hire professionals in the field to make things work,” Mrs Fakou explains.

For decades, the island’s reputation has been one of endless parties and cheap drinks but professionals there believe it’s time the stereotype was dropped.

“No one denies that Ios is a party island but it also offers some of Greece’s finest luxury accommodation, restaurants of the highest calibre, over 40 pristine beaches, many of them awarded, and exciting footpaths,” Mrs Fakou explains, and adds the regaining ground in tourism means going back to the basics.

“I believe we’ve lost sight of what made us leaders in tourism; the first tourist to Ios was offered a ‘tsimeti’, a stuffed zucchini blossom, a piece of locally made cheese, a smile… that’s what brought tourists back and that’s what will keep them coming,” she says.

Mrs Fakou explains that local professionals are aiming to draw in a higher yield tourist and adds that the island has all the facilities in place to do so.

“Ios offers upscale services, all the more luxury accommodation facilities are opening for business, sunset and lounge bars are attracting a different kind of client, and last but not least, Ios offers exclusivity.”

WTM is a stepping stone for the municipal tourism committee to get the word out. “We have plans to attend all the fairs under the umbrella of the Southern Aegean Region, but are also looking into organizing an event in Vienna this March, in efforts to attract Austrian travelers.” For now, main markets are Scandinavian countries, Italy, Australia, France and Germany, and younger travelers from Ireland.

Mrs Fakou, a hotel owner herself, agrees with her colleagues in the sector that extending the tourist season is of utmost priority, but underlines the need in the beginning to have patience.

“This cannot happen overnight, we all have to compromise at the start in order for this to take off and establish itself, and when people start learning that accommodation, restaurants, facilities, ferry services operate all year round, they will begin to make plans accordingly and only then will we see the benefits,” she explains.

In the meantime, local tourism authorities are aiming to draw in experiential holidaymakers interested in doing more than just sea and sun. “We have wonderful trails and footpaths for the experienced and amateur trekker, we have a unique culinary tradition and very few know that Ios is self sufficient, we have sports and luxury offerings, and yes, we too have spectacular sunsets.”

Mrs Fakou adds that the island has also also grown into a popular wedding destination for both Greeks and foreigners. “In September the island operates primarily on weddings,” she explains.