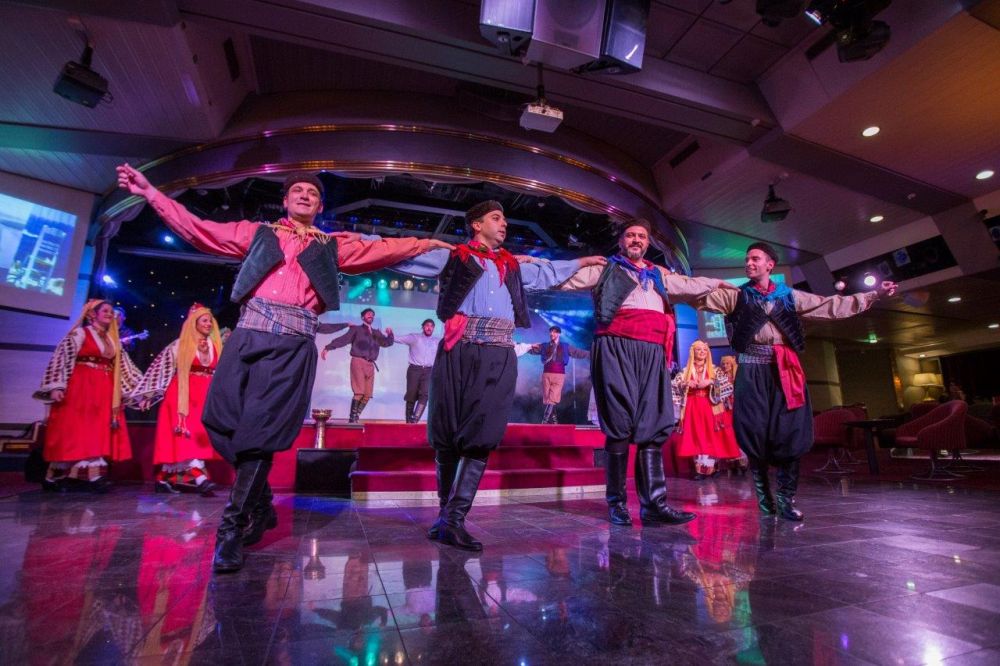 As part of its much-loved themed events program, Celestyal invites Olympia passengers to join the fun as the Lyceum Club of Greek Women (aka the “Lykeon Ellinidon”) present Greek dances in traditional costume. Greek food and drink will also be available.

Celestyal Cruises has since 2013 worked with the Lykeon Ellinidon in efforts to preserve and promote Greek traditions and culture. With over 80 themed events this season, Celestyal Cruises offers passengers the authentic Greek experience.

Founded in 1911, the Lykeon Ellinidon has for over a century worked towards the preservation of Greek traditional dance and cultural heritage through its network of women and with the support of its volunteers. As part of its corporate social responsibility activities, Celestyal donates to the club a euro for every ticket sold during its cruises featuring a Lyceum event.

Awarded gold this year for “Themed Events” at the Greek Tourism Awards, Celestyal is the only home porting cruise operator in Greece and a leading cruise line for the Greek islands and Turkey.

Europe vs. America: Travel Industry Leaders at WTM London Battle It Out