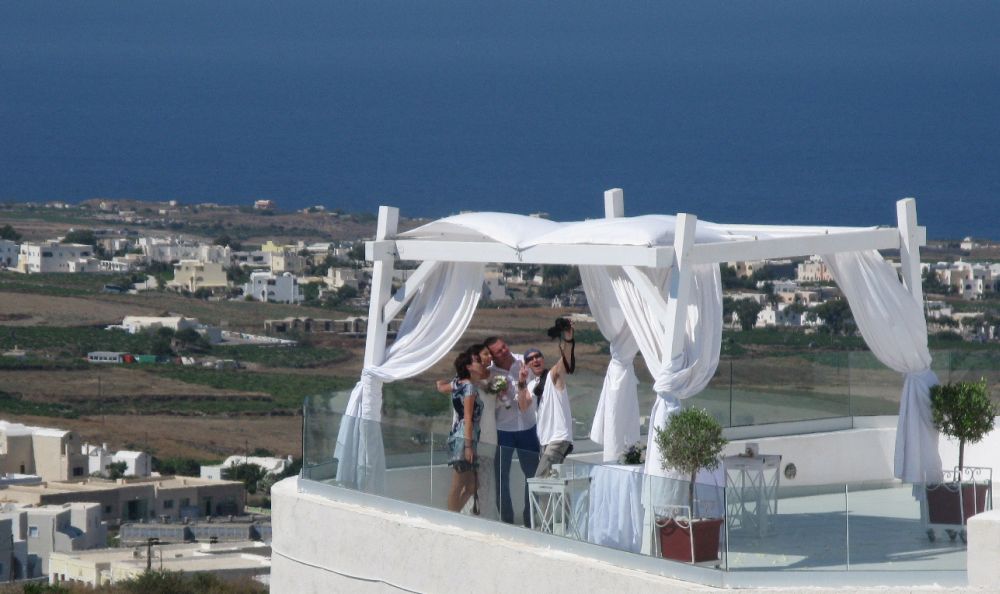 Santorini, Greece, is one of the most popular wedding spots for Chinese couples.

More than 120,000 Chinese holidaymakers visited Greece this year, up by 20 percent compared to 2014, despite lack of direct flights between the two countries and a tedious visa process.

According to industry reports, Chinese travelers have shown a keen interest in cruise holidays and visit Greece after they have been to other Mediterranean destinations due to the lack of direct flights.

Leading destination for the Chinese is Santorini, where many opt to exchange vows and which they chose to visit all year round contributing greatly to the extension of the tourism season there.

Aiming to tap into the growing market, the Santorini Hoteliers Association (SHA) in collaboration with the municipality are organizing events catering to Chinese visitors.

In this direction, SHA President Manolis Karamolegos told the media that local authorities and professionals have jointly planned events for Chinese New Year on the Cycladic island, which combined with incoming conference tourism, is expected to boost Santorini occupancy to the fullest.

China Ambassador to Greece Zou Xiaoli told the Posidonia Sea Tourism Forum that besides those wishing to get married in Greece, senior citizens are also keen on visiting, and suggested sector authorities tap into another market, student travelers from China keen on learning about Ancient Greece.

In 2014, Chinese holidaymakers made a total of 67.5 million trips abroad, spending more than 165 million dollars and accounting for 13 percent of world GDP.