Triathletes to Gather on Naxos for 8th Naxathlon Triathlon 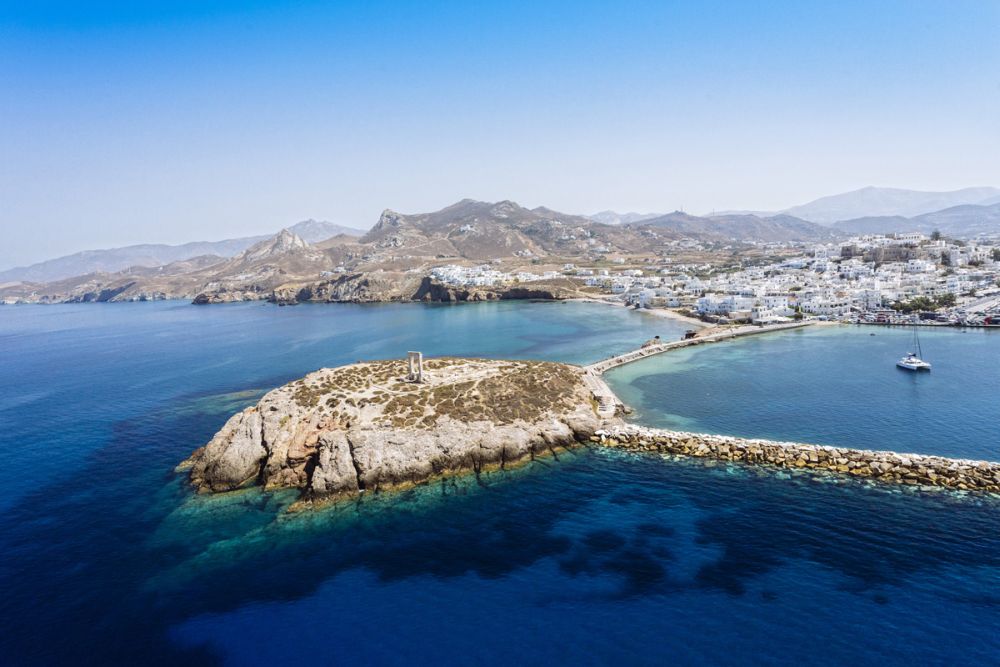 On Saturday, August 29, triathletes will gather on the Cycladic island of Naxos to compete in Naxathlon, a challenging Olympic-distance triathlon. 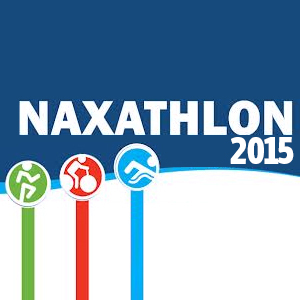 In its 8th year, the popular annual sporting event attracts triathletes from near and far who come to Naxos to compete in this challenging race. Special to the Naxathlon is the location of the start and finish of the competition: at the base of the island’s ancient landmark, the Temple of Apollo, and its large marble gateway on the islet known as Palatia at the port’s entrance.

“Naxos, the largest island of the Cycladic islands, will once again welcome athletes to compete in Naxathlon an Olympic-distance triathlon, that is becoming more popular with fans of the sport,” the president of the Municipality’s Athletic and Cultural Organization, Giannis Tsolakis, said in an announcement.

The Naxathlon triathlon will kick of at 3 pm with the 1.5 km open water swimming competition at “Vintzi,” the beach located just below the Temple of Apollo. The challenging 40 km cycling competition portion — with a difficult level rating and circular asphalt route with a variety of height differences (up to 490 meters above sea level) and uphill/downhill climbs – will pass through the mountain villages Melanes, Kynidaros, Moni, Halki and Potamia. The race ends with the 10km run on asphalt path (Chora – Galanado – Chora) to finish at the Temple of Apollo. 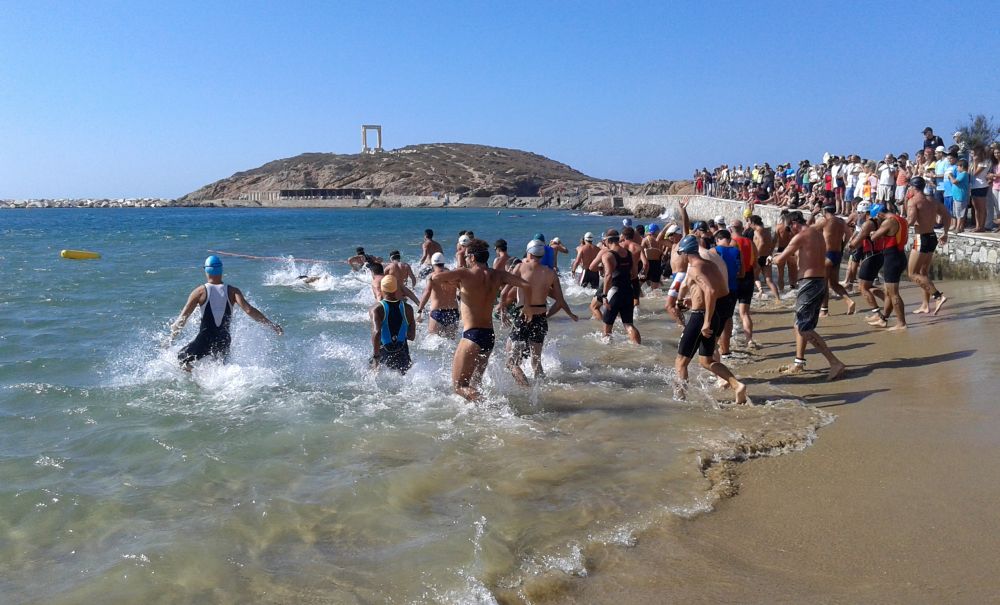 “Naxos’ natural terrain and variety of landscapes have certainly contributed to the Naxathlon triathlon being amongst Greece’s most popular annual sporting events”, Mr Tsolakis added.

The race is organized by the cultural and athletic organization of the Municipality of Naxos and Small Cyclades (NOPPAPPPA) with the support of RunninGreece, a company specializing in sporting event promotion.

“We are delighted to be supporting this year’s Naxathlon triathlon,” says Petros Bouchoris, founder of RunninGreece, “not only is it one of Greece’s top races, but also one of its most exciting because it combines the beauty of the island with the intensity of a unique sport.”

This year, over 100 Greek athletes are expected to take part in the Naxathlon, including several who have won and participated in world and national championship biathlon and triathlons, swimming competitions, Olympics Games and others.

For further information and registration, press here. Entries should be sent no later than August 26.