Qatar Airways announced today that it will in no way enable trophy hunters of endangered species, extending its existing embargo on transporting hunting trophies to encompass all species identified by the Convention on International Trade in Endangered Species (CITES) of Wild Fauna and Flora. 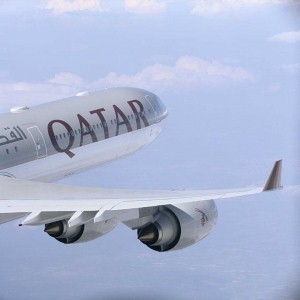 Qatar’s flag carrier has extended its existing ban on carrying CITES I hunting trophies to include all species listed in the CITES II and III. Over 35,000 species, including animals and plants, are protected under the CITES, such as great apes, the giant panda, many South American monkeys, cheetahs, lions, leopards, tigers, elephants and rhinoceroses.

Qatar is among many other carriers, including British Airways, Virgin and Delta, to implement a complete ban of endangered animal trophies from their cargo.

The move comes after the illegal hunt of Zimbabwe lion Cecil, which sparked a global outrage against trophy hunting, leading a number of airlines to implement complete bans of such trophies.

“As one of the world’s leading airlines, serving customers across six continents, Qatar Airways recognises its responsibility to society, our communities and the environment. An absolute ban on all hunting trophies further extends our commitment to supporting the protection of endangered species and the elimination of illegal trading of animal products,” said Qatar Airways Group Chief Executive, His Excellency, Akbar Al Baker.