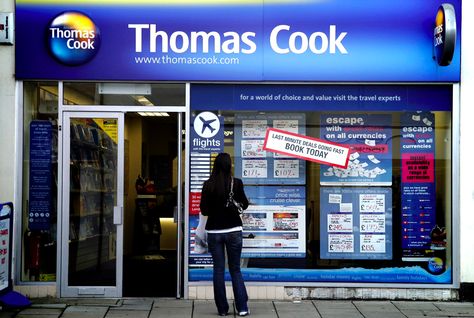 The Thomas Cook Group announced Thursday, that the June Tunisia terrorist attack, and the recent political and economic turmoil in Greece, were expected to take a toll on the company’s full-year profits, despite reporting solid results for the third quarter ending June 2015.

The British travel giant said it expects its annual pretax profits to be approximately $39 million below estimates primarily due to the cost of cancelled trips and repatriating clients to the UK, as well as changing routes to alternative destinations.

The fluctuating foreign exchange rate of the pound against the euro is making matters worse.

Meanwhile, Greece’s ongoing bailout negotiations and lingering talk of a possible “grexit” hit trading, after holidaymakers refrained from booking in the country, a top tourist destination for Thomas Cook.

“In Greece, our local teams have worked diligently to ensure that economic issues do not disrupt our customers’ holidays,” Thomas Cook Group CEO Peter Frankhauser said in the statement.

The UK-based travel company was forced to evacuate over 15,000 people from Tunisia following the June 26 attack on a tourist beach there, where 38 travelers were killed, including 30 Britons.

Titania Hotel’s Olive Garden Serves the Stars on a Plate