TripAdvisor: Aquariums in Crete Ranked Among the Best in the World 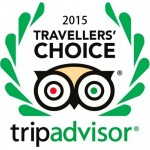 Two aquariums in Crete were ranked among the 25 best in the world in Tripadvisor’s 2015 Travelers Choice awards for zoos and aquariums.

“The Travelers’ Choice awards are recognizing the top zoos and aquariums around the world that are the favorites of the TripAdvisor community,” Barbara Messing, chief marketing officer for TripAdvisor, said in an announcement.

The Aquaworld Aquarium & Reptile Rescue Centre in Hersonissos ranked 7th and the Cretaquarium Thalassocosmos in Heraklion raked 23rd among the world’s best.

Meanwhile, in the list of Europe’s top aquariums, the Aquaworld Aquarium & Reptile Rescue Centre in Hersonissos ranked 3rd and the Cretaquarium Thalassocosmos in Heraklion ranked 9th.

“Travelers visiting these award-winning attractions can get a close look and learn about the magnificent creatures that inhabit the world around us”, Ms. Messing added.

The best aquarium in the world and in Europe for 2015 is the Oceanario de Lisboa in Lisbon, Portugal.

In total, 289 winners were identified.