For the fourth consecutive year Air Transat has been voted the Best North American Leisure Airline by the Skytrax World Airline Awards. A global benchmark of airline excellence, travellers from across the globe take part in the world’s largest airline passenger satisfaction survey every year to pick the winners. 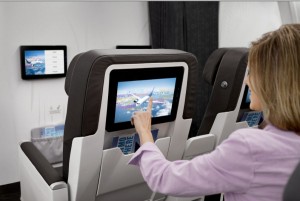 “We are extremely honoured to receive this international award for the fourth year in a row,” says Jean-François Lemay, General Manager, Air Transat. “Thanks to the exceptional work of its employees that are constantly evolving in an industry fraught with challenges, Air Transat has shown itself to be a leader in the global airline industry. The fact that passengers themselves recognize that fact is very gratifying for us,” adds Lemay.

The World Airline Awards began in 1999 when Skytrax launched its first global, airline passenger satisfaction survey. This year’s survey covered 245 airlines and attracted nearly 19 million airline passengers worldwide who voted on everything from check-in and boarding to seat comfort and staff service.

About Air Transat
Air Transat is Canada’s leading holiday travel airline. Every year, it carries some 3 million passengers to nearly 60 destinations in 30 countries aboard its fleet of Boeing narrow-body and Airbus wide-body jets. The company employs approximately 2,000 people. Air Transat is a business unit of Transat A.T. Inc., an integrated international tour operator with more than 60 destination countries and that distributes products in over 50 countries.

TripAdvisor: Aquariums in Crete Ranked Among the Best in the World