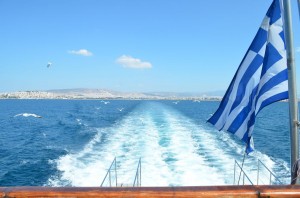 Preferring to be safe rather than sorry, tour operators worldwide are cutting rates for package deals to Greece by up to 50 percent for fear of a potential Greek default.

Agents like Kanoo Travel, the Middle East’s biggest travel agency, or Scotland’s Barrhead Travel are slashing the price of their package deals by up to 50 percent amid fears of a “Grexit”.

“Greece is a point of interest. The costs have definitely come down compared to the last couple of years because of supply and demand. People can stay in five-star hotels for much less than before…. Tour operators – including us – have no choice but to cut prices by 10, 30, 40, even 50 percent and the pattern is likely to continue,” he told Arabian Business.

In the meantime, Barrhead Travel Group Chairman Bill Munro told the Scotsman that despite Greece’s woes there has been no decline in demand.

“I would certainly strongly encourage people against travelling independently to Greece. If you book through an ATOL-protected travel company then they are legally bound to look after you and bring you home safely if anything goes wrong,” Mr Munro said.

Indicatively, an agency specializing in luxury villa destinations in the Ionian is offering a week-long stay (plus flight) in a one-bedroom flat for £405 per person, down from £809.

At the same time, the Association of British Travel Agents (ABTA) has informed potential travelers that changes, which it describes as “speculation”, to Greece’s euro status “would be highly unlikely to happen overnight, any switch to a new currency would take time and euros would likely be accepted in the interim”.

The association added that it does not anticipate that there will be any need for tour operators to rebook their customers to a different destination as at present there is no indication that holidaymakers will be disrupted.

“However, as with all destination matters, we will continue to monitor the situation and work with our Members on any developments”, ABTA said in its statement.