Hellenic Seaways Has Sights Set on Own Terminal at Piraeus Port 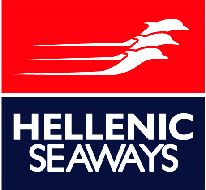 Greek coastal ferry operator Hellenic Seaways expressed its interest in operating out of its own terminal at the Port of Piraeus once its privatization is completed, the company’s CEO told a press conference on Wednesday, held on board the Ariadne.

Hellenic Seaways CEO Antonis Agapitos said that as one of the port’s most active users, his company is considering entering a 20-year concession deal with the new OLP majority stakeholder.

Mr Agapitos added that 2014 was a good year for the company, with fixed fares, operating costs reduced by 11 percent and new charter routes abroad.

As part of plans for the next two decades, Hellenic Seaways has already made contact with foreign shipyards for the construction of new ships to be launched to the Greek islands.

Mr Agapitos told the press that his company was also planning on launching ferries to service the remote Limnos – Agios Efstratios island route, the Nisos Rhodos to operate the Cyclades-Northeastern Aegean route and the inclusion of 10 new destinations.

Hellenic Seaways also expressed interest in expanding its operations to the southeastern Attica port of Lavrio towards the Cyclades islands if competitor NEL Lines is declared forfeit – an issue to be discussed today at the Coastal Transportation Council (SAS).

Founded in 2005, Hellenic Seaways is a Greek shipping company owned by Minoan Lines, operating passenger and freight ferry services in the Aegean and Adriatic Seas.

Italy Travelers Shy Away from Greece in Jan-Apr