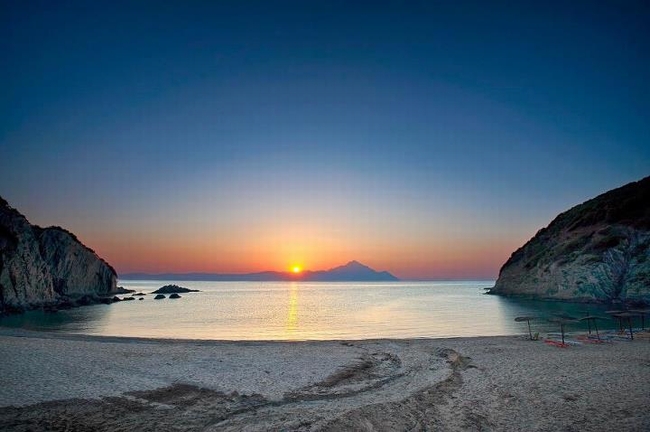 Their impression came after a four-day familiarization (fam) trip during which they visited the three peninsulas or “legs” of the Halkidiki region in Northern Greece.

The French journalists that toured Halkidiki for four days.

The fam trip was organized by the Halkidiki Tourism Organization in cooperation with Marketing Greece and aimed to promote the destination to the French market and attract more tourists.

The trip saw the participation of three French journalists that write for renowned French media such as Figaro, Le Point, Lui and Le Bottin Gourmand and two bloggers that have over 60,000 “followers”. During the trip, the bloggers uploaded over 25 posts about Halkidiki through social media and the result was over 2,500 total “likes”.

The journalists’ tour of Halkidiki began from Kassandra where they embarked on an excursion that combined magnificent scenes of woodlands and volcanic and wild beauty. From there, the French journalists visited the traditional village of Athitos and took a dip in the waters of its sandy beach.

Activities included a visit to a winery, local wine testing, a fresh seafood dinner and visits to Sithonia’s fascinating beaches. The fam trip wrapped up with a visit to Ouranoupolis.

According to the Halkidiki Tourism Organization, the journalists were very much impressed by their visit to Ammouliani, the only inhabited island of the region. The journalists revealed that they were “won over” by the authenticity of the locals and the destination’s untapped tourism beauty.