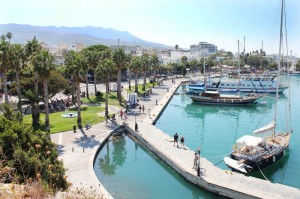 The influx of undocumented migrants reaching the shores of Kos has spun out of control, the island’s hoteliers association stressed in a letter sent on Tuesday to Greek Interior Minister Nikos Voutsis.

In the letter, signed also by the island’s tourism associations and the Chamber of Dodecanese, the hoteliers said that many individual guest cancellations have taken place due to the situation, which has attracted much media attention. Foreign tour operators have also expressed concern of the situation, the hoteliers added.

The tourism professionals of the island are requesting for the migrants to be directly transferred to Athens for ID checks.

According to reports, some 30,000 immigrants have already arrived in Greece by sea this year. Most of the immigrants are people fleeing war, such as in the case of Iraq and Syria, or from severe economic crisis.

Ferry Services to Limnos and Agios Efstratios Resume from Lavrio