German Fraport Airport Contract Still Up in the Air 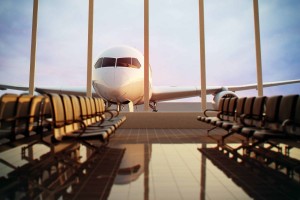 The Greek government has put a 1.2 billion euro deal with Frankfurt-based transport company Fraport for the management of 14 regional airports on hold, citing the need to re-examine the terms and conditions of the agreement.

Fraport, however, has expressed no concern with scenarios concerning a Grexit or bankruptcy and expects talks to produce fruit in the immediate future.

Fraport Managing Director Stefan Schulz told a shareholders meeting last week that despite the “somewhat vague” dealings with the Greek government, his company is not giving up on the investment, which was set to be completed by fall 2015.

“We continue to believe that the Greek airports are an important asset,” he said.

“Greece constitutes a stable and considerable investment in tourism, both now and in the future. We can therefore identify many important opportunities.”

Mr Schulz added that any “conclusion of negotiations should reflect the country’s new financial standing as well as its economic associations”.

In November 2014, Fraport was declared preferred investor for the lease and management of 14 regional airports jointly with Greek energy giant Copelouzos. The 1.2 billion euro, initially set to close last October, came to a halt with the change of government in January, when authorities said they wanted to re-examine the terms.