Greek Exports Rise as Local Companies Do Business in Germany 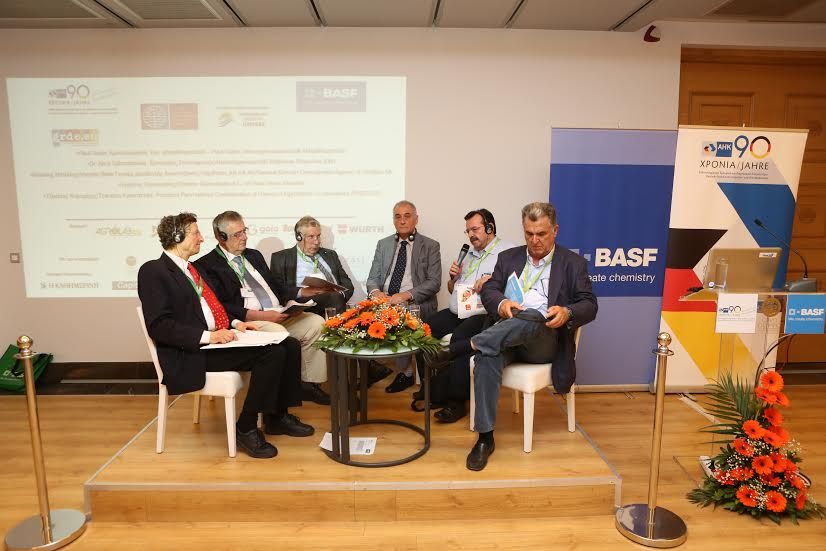 Greek and German businessmen came together during the 2nd Greek-German Food Forum held at the luxury Cavo Olympo Hotel in Pieria, northern Greece, on May 20-22, to discuss collaborations and exports.

Organized by the Greek-German Chamber of Commerce & Industry in collaboration with BASF Hellas and under the auspices of the Productive Reconstruction, Environment and Energy ministry and the Pieria regional unit of Central Macedonia, the forum addressed issues including the government’s agricultural policy; the introduction of a new production and development model; the certification process of products applying strict, uniform standards; the creation of a cooperative land bank; ways to decrease the price gap between producer and consumer; tapping into renewable energy sources; the creation of a legal framework for new coops; as well as the utilization of local resources and the development of agrotourism and ecotourism activities.

“Our region can provide a multitude of local agricultural products of high quality… with a strong identity and a protected designation of origin, which are winning over the domestic market and due to the ongoing efforts of local producers and the aid of the Central Macedonia Region, are gaining ground as exports,” Pieria Deputy Prefect Sofia Mavridou said during the event.

Stressing the importance of Greek export activity on the German market, Hellenic-German Chamber General Director Athanasios Keleman said that in 2014, Greece’s exports to Germany amounted to 1.8 billion euros, accounting for 6.5 percent of total exports to the country, making Greece the second strongest destination in the EU.

At the same time, exports of agricultural products for 2014 came to 4.6 billion euros, securing a 17.1 percent share of total exports.

The President of Enterprise Greece, Christos Staikos, meanwhile, added that Greece was preparing to participate in the Anuga food fair to take place in October in Cologne.