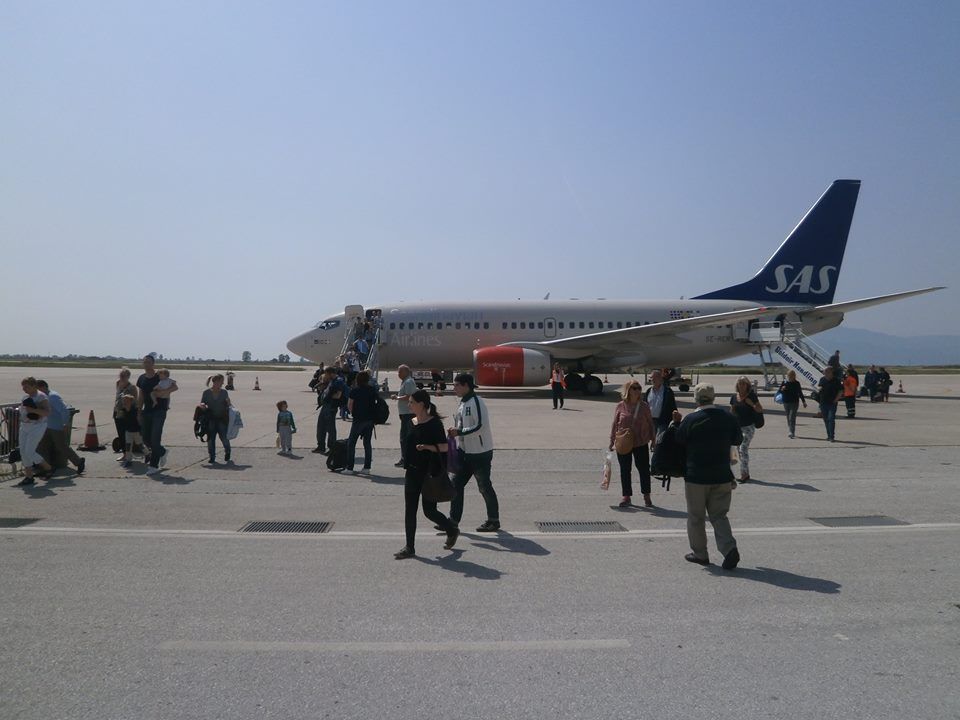 As part of its ongoing promotional strategy, the Region of Eastern Macedonia and Thrace received Swedish visitors with local delicacies, music and more during the region’s special welcoming ceremonies at Kavala’s Mega Alexandros Airport.

Incoming travelers were treated to an assortment of locally produced products including olives, olive oil from Thassos, Kavala and Maroneia, molasses from Xanthi, wines from Kavala and the famed butter-almond biscuits of Nea Karvali.

On the sidelines of the welcoming sessions, visitors were also given travel brochures highlighting the tourism offerings of Thrace and Eastern Macedonia as well as information about the local delicacies they sampled.

“For the summer season this year, 15 airlines have launched flights from 24 European cities to the airport of Kavala and two to Alexandroupolis Airport, which is also connected with Sitia. These figures are likely to increase and this is very important. We want to expand to include tourists from other countries, extend stays and increase the destinations of choice in Thrace and Eastern Macedonia,” said Michalis Amiridis, deputy prefect overseeing tourism development.

“Besides our main target group which is the Balkan countries, we also want to claim the share we believe we deserve from the countries of Central and Northern Europe, like Sweden, where large numbers of tourists come to Greece but very few choose to visit our region.”