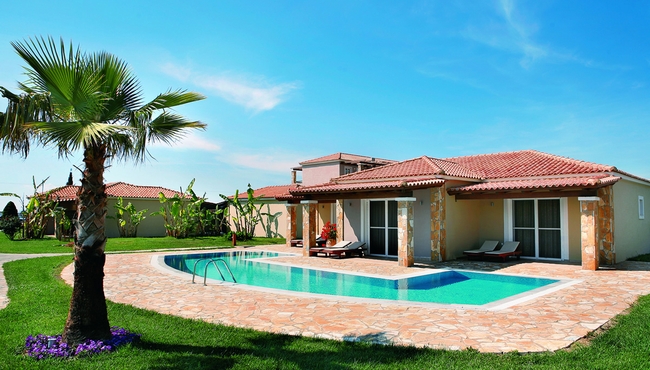 “For the Olympia Golden Beach Resort & Spa that aims to turn a visitor’s holiday into a dream trip to luxury, this is also the most substantial moral reward and proof of recognition for the high services we continue to offer”, the resort’s management said in an announcement.

Hotels and resorts that receive the Certificate of Excellence are placed in the top 10 percent of businesses listed on TripAdvisor.

The Olympia Golden Beach Resort & Spa once again will take part in the award ceremony of the International World Luxury Hotel Awards 2015. The resort has already scooped up the award for Best Small and Luxury Hotel in Greece at the International Hotel Awards 2015 and was a finalist in the 2014 World Luxury Spa Awards and Most Popular Resort Spa 2013.

Following a series of holiday offers during Easter and May Day, the Olympia Golden Beach has announced special offers for May and June.