Greece is among the 28 winners, selected from over 260 nominated projects, of the 2015 EU Prize for cultural heritage/Europa Nostra Awards.

The country was honored with the Conservation Award for the “Antouaniko Mansion in Chios“ and scored two awards in the Research and Digitization category for the “HERMES: Hermoupolis Digital Heritage Management, Syros“ and the “Restoration of Lasithi Plateau’s Windmills with Perforated Sails”.

Now, Greece automatically has three entries in the Europa Nostra’s Public Choice vote for the 28 winners.

Make your voice heard and choose your favorite project out of the 28 winners: http://vote.europanostra.org/ 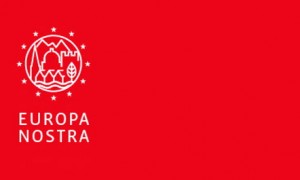 The winner of the Public Choice Award will be announced at the European Heritage Awards Ceremony, a high-profile event, at Oslo City Hall on June 11.

At the ceremony, all 28 winners will receive a plaque or trophy. The seven Grand Prix laureates, selected by independent expert juries, will also receive 10,000 euros each.

The European Heritage Awards Ceremony will be co-hosted by Fabian Stang, Mayor of Oslo; Tibor Navracsics, European Commissioner for Education, Culture, Youth and Sport; and Plácido Domingo, the renowned opera singer and President of Europa Nostra, and will be honoured by the presence of HRH Crown Prince Haakon of Norway.

Attendants will also include heritage professionals, volunteers and supporters from all over Europe as well as by high-level representatives from EU institutions, Member States and the host country. The Minister of Climate and Environment Tine Sundtoft and the Minister of Culture Thorhild Widvey will take part in the event.

The EU Prize for Cultural Heritage/Europa Nostra Awards was launched in 2002 by the European Commission and has been organized by Europa Nostra since then. The award is considered Europe’s most prestigious prize in the heritage field.

Rave Reviews Give Creta Maris a TripAdvisor 2015 Certificate of Excellence