Over Half Million US Art Lovers Inspired by Greek Byzantium Exhibit 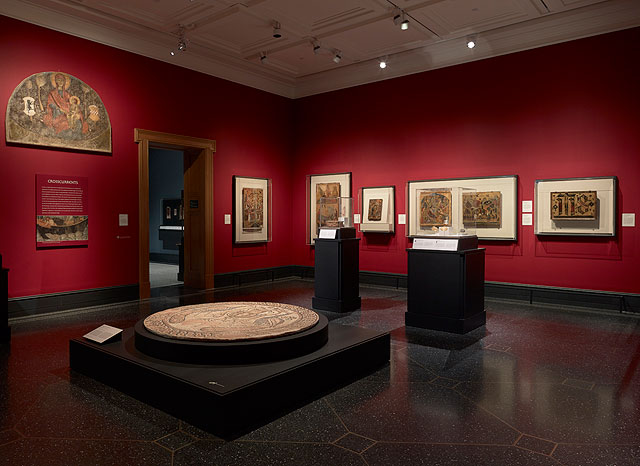 Over half a million art lovers have thus far visited the traveling “Heaven and Earth: Art of Byzantium from Greek Collections” exhibition, which is currently on show at its final stop, the Art Institute of Chicago, through to Sunday.

Jointly organized by the Greek culture ministry and the Benaki Museum with the support of the National Gallery of Art in Washington, DC, and the J. Paul Getty Museum in Los Angeles, the show traces the development of Byzantine visual culture from its roots in the ancient pagan world through the spiritual world of the Christian Byzantine Empire and its far-reaching influence across diverse territories.

Featuring 63 artworks from the early Christian and Byzantine eras, including finely crafted mosaics, hand painted icons, manuscripts, frescoes, intricate glass and metal works, embroideries, personal adornments, liturgical textiles and ceramics, the Greek exhibition was hosted in Washington, DC at the National Gallery of Art between October and March 2014, followed by the J. Paul Getty in LA between April and August 2014, and finally, at the Art Institute of Chicago from September to May this year.

The show’s extensive US tour was funded by OPAP SA and the AG Leventis Foundation.