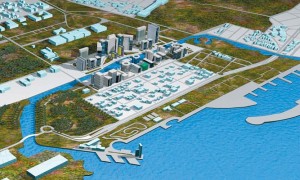 Greece’s privatization fund, known as TAIPED (Hellenic Republic Asset and Development Fund), will be replaced by the Public Wealth Fund following a decision on Tuesday, by Deputy Finance Minister Nadia Valavani, with revenue going towards the funding of lacking social security reserves instead of the reduction of Greece’s debt, Greek daily Kathimerini reports.

The move comes as part of the government’s plans to limit further state asset sell-offs. Valavani said the agency’s finances were being audited by two General Accounting Office officials to ascertain compliance with rules and accounting plans.

The relevant bill will be tabled in parliament in the next month and will define the function and operations of the new entity, Valavani said of TAIPED, which was established as a prerequisite by Greece’s lenders: the EU, the European Central Bank and the International Monetary Fund.

In the meantime, tourism entrepreneur Asterios Pitsiorlas, who stepped in as chairman of the new entity this week, expressed his opposition in parliament on Tuesday, to the privatization of public networks and argued that they should remain under public control.

“Access to public networks should remain under public control,” he said, adding that a number of TAIPED deals have not been approved by parliament, and are thus considered incomplete by the fund’s current management. According to Kathimerini, this inference concerns the sale of 14 regional airports to German operator Fraport and the eight-billion-euro project to develop Hellenikon, Athens’ former airport complex, into a metropolitan park.

CNBC Says Greece is the Word This Summer