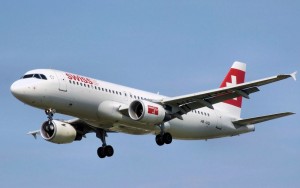 During a recent media briefing in Athens, the airline’s head of sales and marketing, Peter Pullem, told journalists that demand for the Athens-Zurich route remains high. He noted that any developments of the country with its EU partners was not a disincentive for the operation of Switzerland’s national airline in the country.

In collaboration with its subsidiary Edelweiss Air, Swiss Air will offer a total of some 370,000 additional seats to Greece through three daily flights from Athens to Zurich with connections to 79 European and 25 intercontinental destinations.

Also, Swiss Air’s daily flight from Athens to Geneva is connected with many major airports in Europe, such as Heathrow. The airline’s network of summer destinations to Greece include Heraklio, Santorini, Mykonos, Kos, Rhodes, Zakynthos, Corfu and Larnaca. Thessaloniki will be a permanent addition to the airline’s summer program since it is connected to the airports of Zurich and Geneva through direct flights.