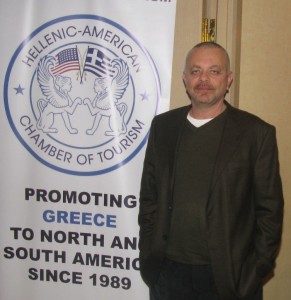 More Americans are interested in traveling to Greece in 2015, the Hellenic-American Chamber of Tourism (HACT) said on Wednesday, adding however that US tour operators are on standby until the election period is over and the situation stabilizes.

According to HACT figures, US bookings have risen by 23 percent compared to the same period last year, despite the turmoil created by the announcement of snap elections on January 25. HACT findings reveal that before the announcement for elections, the number of bookings had increased by 37 percent.

In the meantime, HACT is organizing the “2015 Greece Fam Trip-Buyer Program” to be held in Athens on March 14-21, which will focus this year on luxury services. The event will include introductory seminars for Greek suppliers interested in doing business with US colleagues, rotating 10-minute one-to-one meetings as well as a small scale trade show.

Virtuoso works with leading travel agencies and providers worldwide with 355 agencies in more than 25 countries.

Travcoa, part of the TUI Group, has been active in leisure travel since 1954.

During their weeklong stay, American tour agents will be visiting Athens and Arachova in Central Greece, with the overall aim to learn more about Greek products and tourist accommodations in the said destinations.

According to HACT, American visitors have an annual income of $60,000 or more and mainly prefer island-hopping holidays.

GTP is the main media sponsor of the fam trip.