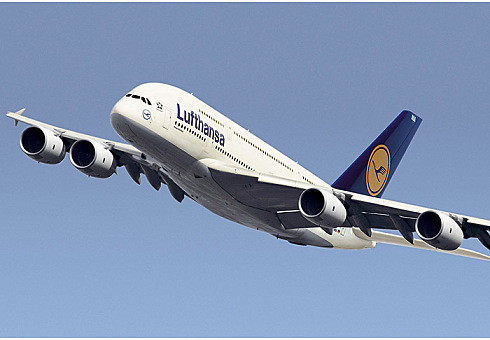 With a 55-year presence in Greece, the German carrier announced the launch of a new flight from Munich to Heraklion, Crete — a choice destination for German and European tourists.

Despite the difficult economic climate, Greece has always been a prime destination for Lufthansa, with statistics revealing reason for optimism.

According to the latest traffic figures, inbound traffic to Greece for the first nine months of 2014 with Lufthansa accounted for about 310,000 passengers, the majority of whom were from Germany and the United States. Outbound traffic from Greece came to 161,000 passengers.

“We are happy to see the increasing traffic, which demonstrates that we meet travelers’ demands from both Greece and Cyprus, offering the strongest European and North American network,” Deutsche Lufthansa AG general manager for Greece and Cyprus, Harro Julius Petersen said.

The airline also went ahead and upgraded its inflight entertainment system and is now also offering more comfort at affordable prices with the introduction of its new Premium Economy Class.

In 2014, the Lufthansa Group invested 2.2 billion euros for the modernization and maintenance of its fleet, which consists of 627 aircraft with 295 airplanes on order valued at over 36 billion euros and set to be delivered by 2025.