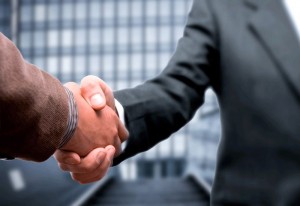 As part of its ongoing strategy to include all of the country’s productive forces in its conferencing activities, Thessaloniki International Fair (TIF)-Helexpo invited chambers of commerce and local authorities across Greece to join them in a long-term partnership that will boost both local and national economies.

In this direction, TIF executives attended last week the general assembly of the Union of Hellenic Chambers which took place in Serres, northern Greece, to present its plans and enriched conferencing program.

TIF-Helexpo president Tasos Tzikas and managing director Kyriakos Pozrikidis underlined the importance of synergies and partnerships with the chambers, which represent local business communities and are better informed of all their problems and needs.

Chamber representatives expressed particular interest in exhibits promoting local production, such as food and beverages show Detrop and fresh fruit and vegetables exhibit Frescon, as well as TIF’s latest initiatives the ChocoFactory Museum and its Christmas in the City- StarWorld (Asterokosmos) show to kick off on 12 December.