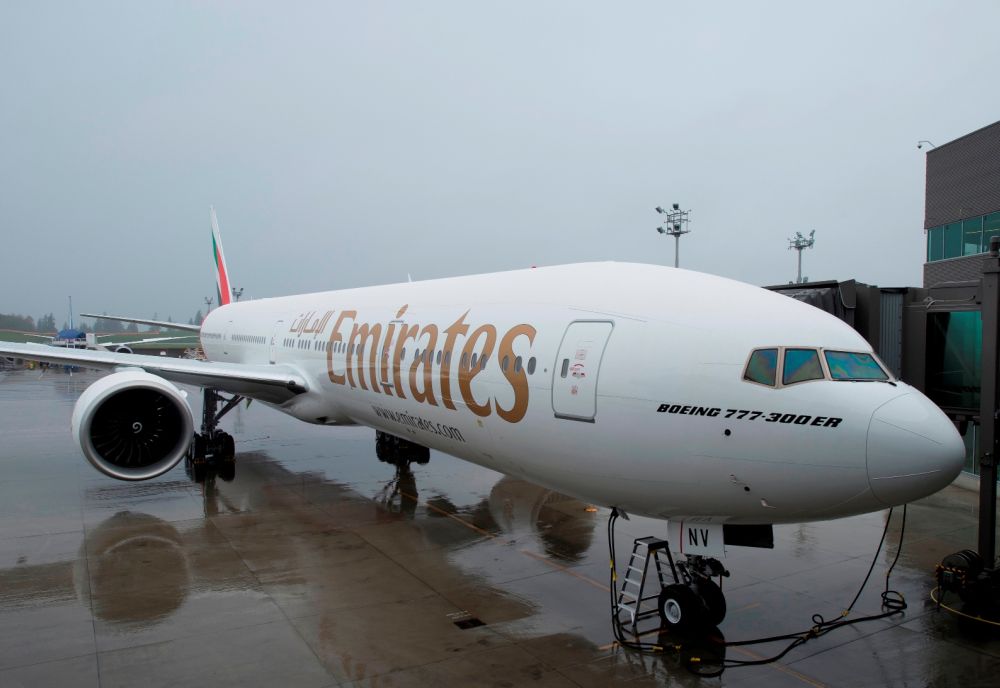 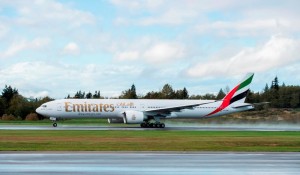 The Boeing 777-300ER forms the backbone of the Emirates fleet with the aircraft type currently operating to 77 destinations on the airline’s global network.

“The Boeing 777-300ER is one of the most remarkable aircraft ever built, and its combination of efficiency, range and payload is second to none,” Sir Tim Clark, President of Emirates Airline said.

Delivery of Emirates’ first Boeing 777-300ER took place in March 2005 and with a further 52 aircraft on order, the airline is the world’s largest operator of this aircraft type – in fact one in every five 777-300ERs flying today is in Emirates’ livery.

“Our customers are equally excited by the aircraft and its on-board product, and to date over 108 million passengers have flown on an Emirates Boeing 777-300ER,” the president of Emirates Airline said.

The range of the Boeing 777-300ER is 14,490 kilometers, and Emirates’ longest flight with this aircraft currently operates between Dubai and Houston which is a total distance of 13,120 kilometers.

“We have 204 more Boeing 777s on order, which supports over 400,000 jobs in the United States of America, including those from various suppliers such as General Electric which provides the GE90 engines that power all of our 777-300ERs,” Sir Tim added. 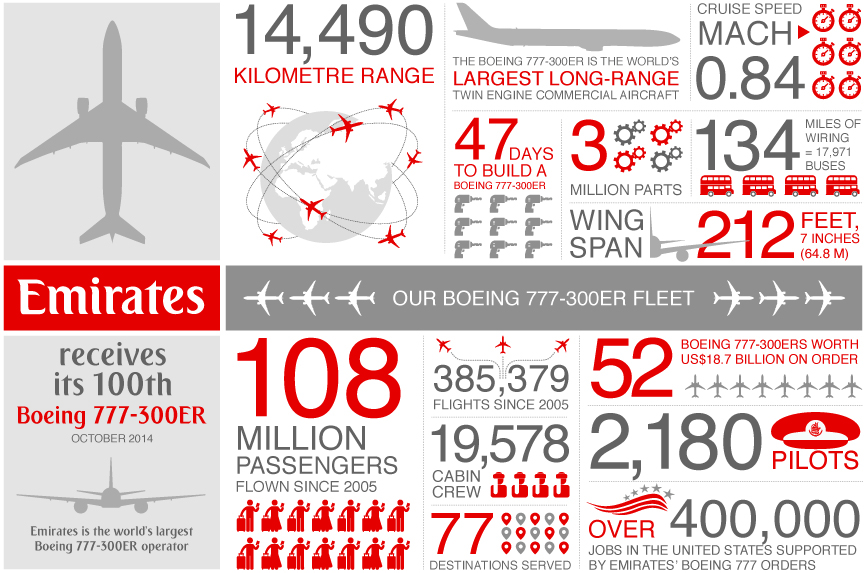 It takes 47 days to build a 777-300ER and each aircraft is made of three million parts. If you took all of the wiring contained within Emirates’ 100 777-300ERs and placed it end-to-end it would stretch from Dubai to New York and back again.

The Boeing 777 is manufactured in Everett, Washington.