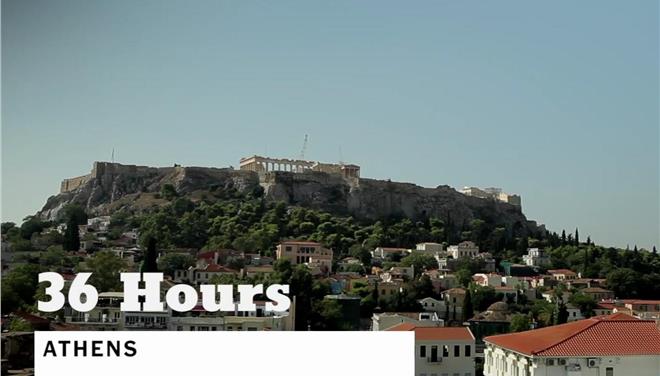 The online edition of the New York Times hosts a video that introduces the changed face of Athens, Greece’s capital city that was reborn through the economic turmoil and now appears self-confident and creative.

“Athens has new restaurants, shops and a blossoming of local pride.”

The video shows a side of Athens that overturns past press reports that defined it as a broken-down capital prone to fiery riots.

“Enterprising young fashion and graphic designers are opening shops celebrating the classic lines of ancient Greece and the anarchic wit of modern times… The five-year-old Acropolis Museum is consistently rated one of the top museums in the world, and the National Museum of Contemporary Art is set to move into a new building later this year.”

Joanna Kakissis of the New York Times describes her 36 hours in Athens that included a stroll to Filopappou, a walk up to the Acropolis, lunch at ManiMani, a snack at Meliarto, a glass of wine at Heteroclito, coffee at Taf, a drink at Six d.o.g.s. and a visit to the Museum of Cycladic Art.

The video shows a very optimistic message about a capital city that seems to have found its way back on track despite any difficulties.

To read the story, press here.

Amphipolis Mosaic Depicts Greek Myth Of The Abduction Of Persephone