Report: Greece Must Invest In Its Image To Attract More Tourists From Nordic Market 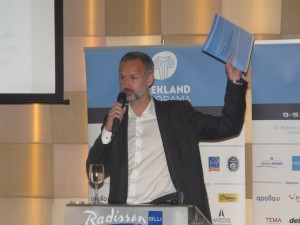 Awareness of Greece is very high in the Nordic market – the fourth largest outbound market in Europe – as it ranks seventh overall among 89 countries, according to a destination report by Related marketing agency that was presented recently at the Grekland Panorama press conference in Athens. The report analyzed and evaluated the position and image Greece has in the four Nordic countries of Sweden, Norway, Denmark and Finland.

However, Greece comes in 35th overall in attractiveness, which indicates that the country is a broad branded medium image destination. It also means that Greece needs to invest in image PR and image marketing to emphasize attractiveness, it was highlighted in the report.

“You must look into how to build up attractiveness… Perhaps by investing in hotels,” Henrik Koch, managing director & partner of Related, said during the presentation.

The satisfaction rate of those who have visited Greece from the Nordic countries (Sweden, Norway, Denmark and Finland) is very high: 45.8 percent of the Nordic population (9.06 million) has visited Greece at least once and 43.6 percent has had a positive experience. Also, 13.5 percent of the total population of the four countries has a positive impression about Greece and wants to visit the country for the first time, while 13.5 percent finds Greece attractive but has not expressed an intention to visit. 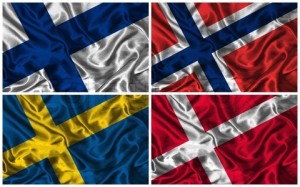 The survey estimated that the number of potential visitors to Greece from the Nordic market (people that want to visit again and those who want to visit for the first time) exceeds the total of 8.1 million.

Additionally, according to the survey, it is estimated that over two million people from Nordic countries include Greece among the three countries they want to visit the most in the near future. 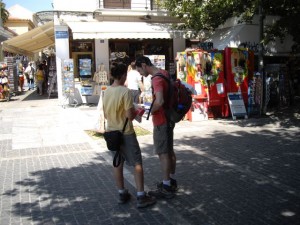 As mentioned in the report, that Greece must become more attractive to the younger segment as currently the country is preferred mainly by the older segment (50-64 years).

“It is of course positive to attract older segments as they normally have both time and money to spend, BUT when we look closely at the elderly who prefer Greece, it is typically those who do not travel as much as the average, and those that have relatively low income compared to the average,” the report underlined.

The report also highlighted that Greece should put some focus on luxury tourism products, which would help to attract the Norwegian market that prefers and can afford luxury more than other Nordic countries.

The average spending of visitors to Greece from the Nordic countries per person is 1,230 euros (Nordic market average: 1,381 euros). Tourists from Nordic countries vacation for an average of 2.8 weeks and prefer to travel in September (for at least one week) and July (for journeys of up to six days).