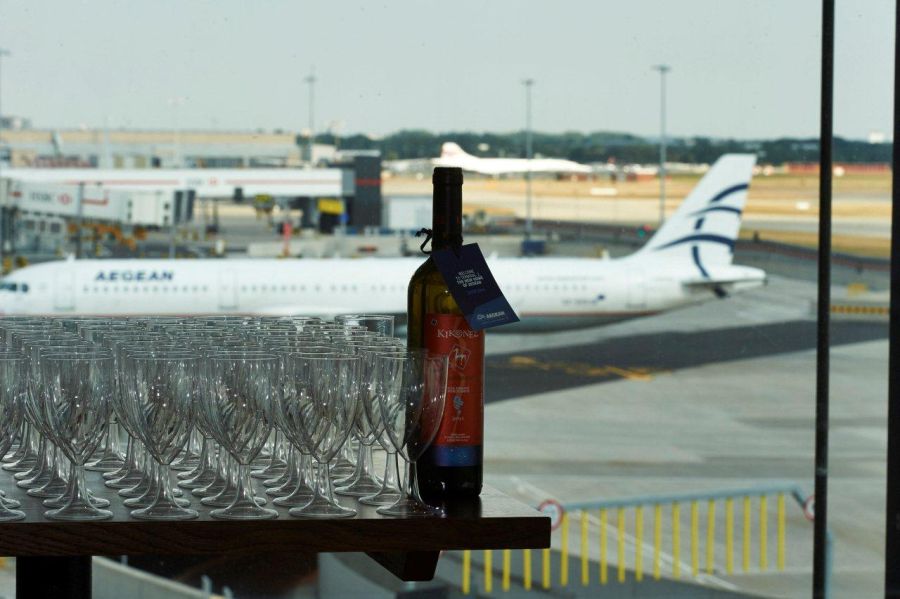 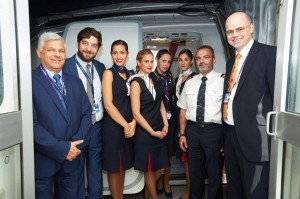 Passengers of Greek carrier Aegean Airlines, a Star Alliance member, now fly from the brand-new Terminal 2: The Queen’s Terminal at Heathrow Airport in London and are promised high-quality services aimed to improve their travel experience.

Terminal 2 is a £2.5 billion project and home to the Star Alliance group of airlines.

AEGEAN celebrated the inauguration of its flights from/to Terminal 2 on 23 July with several unique wine tasting events – probably the first ever wine tasting events to ever be held in the terminal. Celebrations were led by Master of Wine and wine buyer for Aegean Airlines, Konstantinos Lazarakis, who delivered a wine tasting and gave out bottles of wine as gifts to passengers to mark the occasion.

In the evening, a VIP event was held in La Salle restaurant. “We are very proud to operate from this fabulous terminal, which sets new standards in passenger travel,” said Panos Nicolaidis, ground operations director of Aegean Airlines, who opened the event.

Panos Nicolaidis, ground operations director of Aegean Airlines, offered a gift of a model plane to Andy Garner, T2 operations & programme director, as a token of Aegean’s appreciation for Heathrow’s management and employees’ contribution to Aegean’s successful transfer. “It is an Aegean aircraft model that has reference to the New Acropolis Museum, a unique site for Athens visitors,” Mr. Nicolaidis said. Photo © Aegean Airlines

At Terminal 2, passengers are able to shop at 33 retail brands, choose from 17 restaurants – including one created by Heston Blumenthal, a Michelin starred chef – or seek assistance from a concierge team who speak 38 languages. Over the next 50 years the new Terminal 2 will welcome nearly 1 billion customers.

“Terminal 2 will be the first impression of the UK for Aegean Airlines passengers and a fantastic welcome for European travelers,” said Andy Garner, T2 operations & program director. 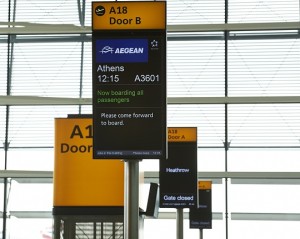 The main and basic advantage of Terminal 2 is that it will house Star Alliance’s 24 members operating from Heathrow under the same roof. Thus passengers in transit to another Star Alliance flight who land here have a shorter transfer time to their next flight.

According to an announcement by AEGEAN, the minimum connection time for flights will be 60 minutes instead of the former 90 minutes. Flights that were previously impossible to combine are now made possible for AEGEAN’s passengers.

The Greek carrier will operate a total of six daily flights, three arrivals and three departures, between Heathrow and Athens. Check-in will be in Zone D.

Particular attention has been paid to minimizing the time it takes for arrivals to leave the airport. It only takes a few minutes between leaving the aircraft and arriving at the exit.

TripAdvisor To Acquire Viator For $200 Million