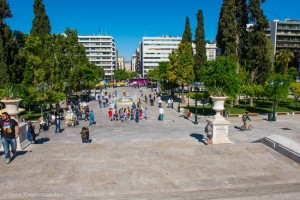 Greek tourism professionals recently expressed concern over the potential exclusion of Athens and Thessaloniki from a pilot scheme that will allow shops in Greece to open on all Sundays of the year.

Their concern was caused by recent statements made by Greek Deputy Development Minister Gerasimos Giakoumatos that the pilot scheme would be restricted to only three “tourist and island” areas that would not include the historical centers of Athens and Thessaloniki.

In an announcement, the Association of Greek Tourism Enterprises (SETE) insisted that a modern tourist country like Greece must have the museums and shops open seven days a week in the center of Athens and Thessaloniki.

“Similar arrangements have been made by almost all our competitors. Despite the reactions, our museums were opened (extended operating hours) with extremely positive results,” Andreas Andreadis, president of SETE,” said in the announcement.

In an official letter to the deputy development minister, SETE pointed out that it is impossible to expect tourists to know what Sundays of the year they can find the stores open in the country. The association underlined that the exclusion of Athens and Thessaloniki from the pilot scheme comes in contradiction to efforts for the promotion of city break holidays and congress tourism.

“This does not exist in any of the modern European countries. Athens, Thessaloniki and other major tourism destinations should keep their shops open all Sundays of the year,” SETE said.

According to reports, the position of the Greek Development Ministry on the matter is expected to be clarified in the coming days.