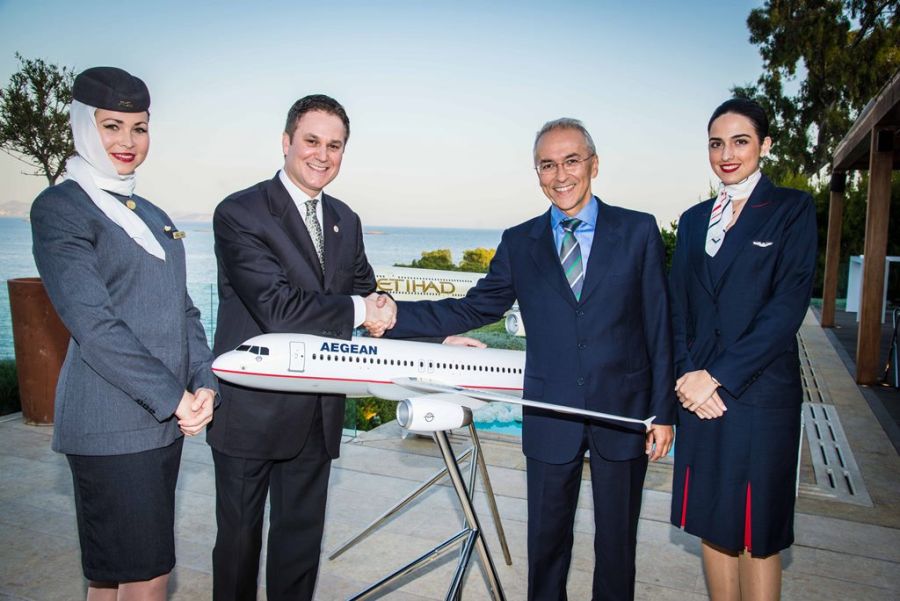 Etihad Airways and codeshare partner Aegean Airlines are celebrating five years of Etihad Airways’ non-stop services between Athens and Abu Dhabi, and the start of Aegean’s new direct flights to the UAE capital.

The national airline of the United Arab Emirates commenced operations to Athens in June 2009, and since then has carried almost 400,000 guests and nearly 3,700 tonnes of cargo on the route. To meet rising demand, the airline will increase its current daily Athens-Abu Dhabi services to 10 per week on 2 July. 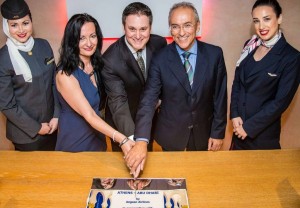 For the summer 2014 season Etihad Airways will also deploy a wide-body Airbus A330-200 aircraft on the Athens-Abu Dhabi route, returning to Airbus A320 operations for the winter season.

“Year on year, our Athens route has exceeded our expectations and we are delighted to build on this success by adding more capacity to and from Greece, and officially mark our codeshare partnership here in Athens with Aegean, Greece’s largest commercial airline,” Etihad Airways’ Chief Commercial Officer, Peter Baumgartner, said.

Aegean will now operate four weekly services to Abu Dhabi and provide convenient onward connections for guests to destinations on the Etihad Airways network across the globe. The Greek airline has placed its A3 flight code on Etihad Airways-operated services between Athens and Abu Dhabi, and beyond to Bahrain and Perth and from 15 July to Melbourne, Sydney, Kuwait and Johannesburg.

In addition, Etihad Airways has placed its EY flight code on Aegean services between Athens and Abu Dhabi, Madrid, Sofia, Larnaca, and Prague.

Etihad Airways employs 129 Greek nationals across the globe, including 52 cabin crew and 37 pilots.