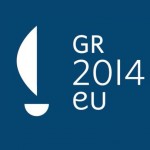 The Greek Presidency has reaffirmed the importance of the maritime transport sector for Europe’s prosperity with the adoption of the “Athens Declaration,” which sets the policy priorities for European shipping.

The Declaration, which aims at the support, growth and sustainability of European shipping, was recently adopted at an Informal Maritime Ministerial Meeting of the EU Member States and EEA Countries, which took place in the Greek capital, within the context of the Greek Presidency of the Council of the EU.

The Meeting was held under the Chairmanship of the Greek Minister of Shipping Maritime Affairs & the Aegean Miltiadis Varvitsiotis and attended by the Vice-President of the European Commission and Commissioner for Transport Siim Kallas and the Secretary-General of the International Maritime Organization (IMO), Koji Sekimizu. Ministers and high officials of the EU Member States and EEA Countries, responsible for maritime transport issues, also attended.

The most important issues that have emerged from the “Athens Declaration” and shall constitute the EU’s shipping policy priorities in the years to come, include:

The “Athens Declaration” will also provide for close cooperation between national authorities, the Commission, EU Agencies, in particular FRONTEX as well as EU Coastguards, in order to effectively protect EU borders and enhance safety and security in the maritime domain in general.