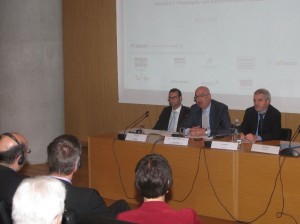 Hoteliers in Greece are setting the bar high for tourism revenue this year, according to statements made by the president of the Hellenic Chamber of Hotels, Yiorgos Tsakiris.

Speaking on 9 May at the “Tourism: An Emerging Market” event held in Athens by the chamber and the Embassy of the Federal Republic of Germany in Greece, Mr. Tsakiris said that revenue growth from tourism last year was close to 12 billion euros, which was a major increase compared to previous years.

The chamber’s president said that this year tourism will be the driving force of development that the country and its citizens need after five consecutive years of setbacks.

However, Mr. Tsakiris added that Greek tourism continues to have huge untapped potential that, if exploited, could promise even better days for the country.

“Now that the development model we have followed for several years is showing signs of exhaustion, the need for new tourism products, new practices and especially a strategy to reduce high seasonality, is essential,” the chamber’s president said. 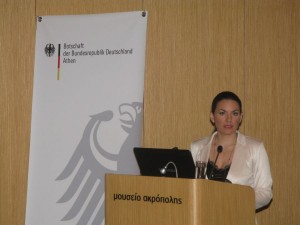 During her speech, the Greek tourism minister said initial figures for the first quarter showed a 23 percent increase in arrivals. “Travel revenue for the January-February 2014 period has increased by 17.3 percent,” she said.

Mrs. Kefalogianni noted that the main objective of Greece’s tourism strategy is to improve the quality of services and enrich the tourist product so as to extend the season.

“This is the biggest challenge for Greek tourism,” she said.

The tourism minister added that the ministry aims to attract and support investment in tourism, improve services and promote the country in a modern way.