Athens Is Making A Comeback But More Can Be Done

Athens is bouncing back in the international tourism scene this year but there is still significant potential for further growth, Greek key tourism figures agreed recently. 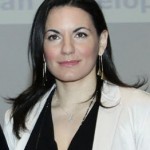 “The emergence of Athens as a destination is a keystone of Greek tourism’s promotion and development,” Tourism Minister Olga Kefalogianni said during the International Summit on City Tourism and Urban Development, held during the recent Travel Trade Athens 2014 event.

During her speech, the Greek tourism minister said the aim was for Athens to develop into a metropolitan tourism center with upgraded levels of service. “Athens is the reflection of the country and we need to improve the city’s image and modernize its offered tourism product,” she said.

During the summit, ideas were exchanged in regards to the Greek capital that is seeing tourists return after arrival numbers had declined sharply in recent years. 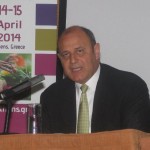 In regards to the city’s hotel sector, the general director of Hotel Grande Bretagne, Tim Ananiadis, said that a significant increase is noticed in hotel occupancy this year compared to 2013, an improved year after of a “destructive 2012.”

According to Mr. Ananiadis, Greece taking over the rotating presidency of the European Union has helped matters tremendously. “The summer season is shaping up and conferences are coming back to Athens,” he said. 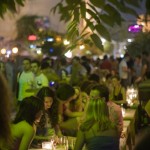 On his part, the general director of the Association of Greek Tourism Enterprises (SETE), Alexandros Lamnidis, said the tourist experience in the Greek capital could be boosted if improvements are made to the art of fine dining in the city.

Mr. Lamnidis pointed out that the Greek capital currently counts 1,100 restaurants while London has 12,000 and Istanbul counts 10,400.

“When compared to competing destinations, Athens is not doing to well in the restaurant scene,” he said. 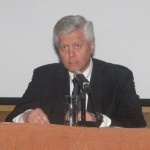 When discussing the tourist perceptions of the city’s attributes, it was concluded that although statistics show that Athens is on the top of the safe destinations list, some overseas markets perceive this differently.

“Actions should be launched to promote Athens and for the concept of a ‘safe country’ to be passed on to tourists,” Mr. Lamnidis said.

The International Summit was organized by the Athens Development and Destination Management Agency (ADDMA).