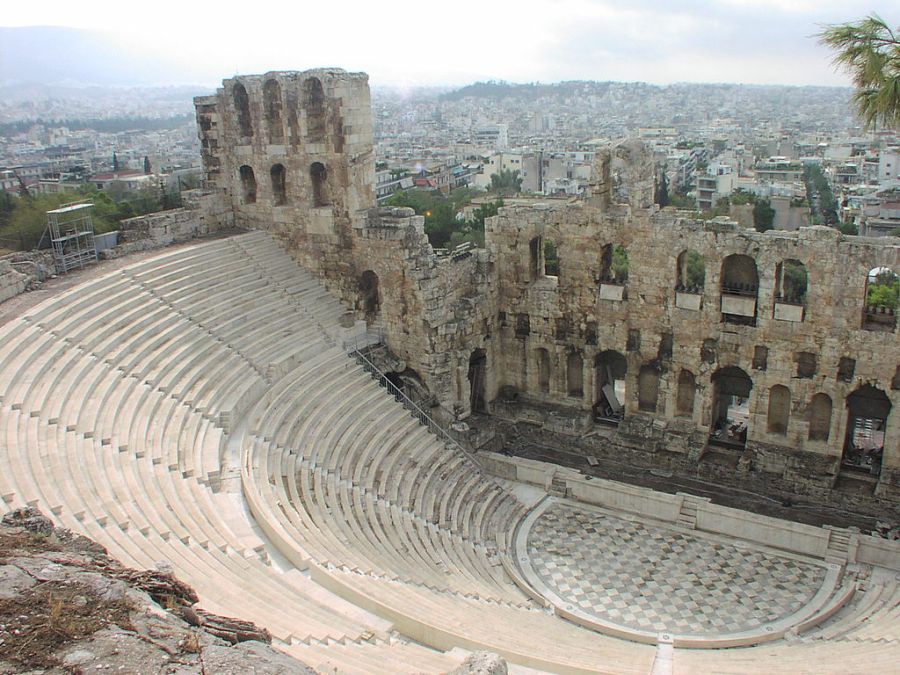 The Odeon of Herodes Atticus in Athens, Greece – today.

The Odeon of Herodes Atticus stone theater structure, located on the southwest slope of the Acropolis of Athens, is at the top of a list of the world’s most spectacular theaters published by the online newspaper of The Telegraph.

The Telegraph’s list includes the world’s most important theaters that stand out due to their location, their architecture and their history.

“Situated on the southwest slope of the Acropolis Hill, Athens, the Odeon of Herodes Atticus, completed in 174AD, originally had a wooden roof and a capacity of 5,000. The seating and stage was restored in the 1950s, since when it has hosted concerts by singers ranging from Maria Callas to Elton John.” – The Telegraph

South slope of the Acropolis

The south slope of the Acropolis played a significant role in the artistic, intellectual and religious activity of ancient Athens. It was here, in the sunniest side of the hill, the Athenians established the principal shrine of Dionysus in Attica and most importantly the theater where the ancient Greek drama was born.

For more information on the south slop of the Acropolis and the Odeon of Herodes Atticus, press here.

The world’s most spectacular theaters