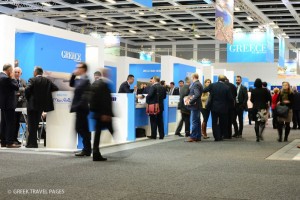 Greece will see a remarkable upturn in arrivals from the German market this year, according to data from early bookings.

On the first day of the ITB exhibition on 5 March, tourism professionals said Greece should expect a 10 percent increase of German arrivals this season. That translates to 2,5 million more tourists than last year.

Last year was considered a record-breaking tourism season for Greece and the Tourism Ministry expects 2014 to be an even better year for Greek tourism.

At a special event to promote Greek tourism and gastronomy to foreign professionals and journalists, on the eve of ITB Berlin on 4 March, Greek Tourism Minister Olga Kefalogianni and tourism professionals received positive messages from international markets.

“Tourism in 2013 showed it could mark the turning point for the Greek economy,” Mrs. Kefalogianni said during her speech at the event.

In 2013, Greece’s current account balance showed the first annual surplus since 1948 and the tourism minister considers this a very good sign. “There are strong indications that 2014 will be the year that Greece will return to growth,” she said.

Mrs. Kefalogianni also spoke about Greek entrepreneurship and referred to the many companies that have managed to attract an international audience by promoting products associated with high quality and innovation.

She urged Greek enterprises in the primary and secondary sectors to “invest in quality and focus on exports” and invited German companies to invest in high quality Greek products.