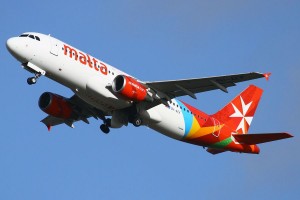 Starting on 30 March 2014, this agreement will enable Air France to offer its customers 18 weekly services between the two French cities and Malta. The flights to/from Paris-CDG and Paris-Orly Airports will connect with Air France’s extensive global and French domestic networks.

The flights will be operated by the Maltese airline with Airbus A319/A320 aircraft and have already went on sale.

With this codeshare agreement, the customers of both airlines will benefit from new services, such as through check-in for passengers with connections. Air France passengers will be able to earn Miles with the Flying Blue loyalty program.

According to Philip Saunders, Air Malta’s Chief Commercial Officer, the agreement is another milestone for the Maltese airline on its 40th anniversary of operations.