Maroussi, Athens, On Its Way To Become An Exhibition Destination 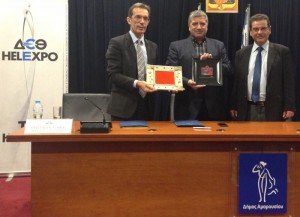 TIF-Helexpo President Tasos Tzikas, Mayor of Maroussi Yiorgos Patoulis and TIF-HELEXPO CEO Kiriakos Pozrikidis after the signing of the cooperation agreement in the Municipality of Maroussi.

Greece’s national exhibition body TIF–Helexpo aims to make Maroussi, a northern suburb of Athens, its “exhibition hub” in Athens as part of a strategy to upgrade its overall exhibition presence in Attica. TIF–Helexpo has headquarters in Thessaloniki.

According to a cooperation agreement signed on 5 February between TIF-Helexpo and the Municipality of Maroussi, a series of joint synergies are under development.

The main points of the agreement concern the renaming of the Attica exhibition and conference center Helexpo Palace to Helexpo Maroussi; the launch of joint activities in the areas of education, sport, health, economy, volunteering and culture; the promotion of the Maroussi suburb as an exhibition and conference destination; and the development of actions to benefit local residents. The agreement also sees to the launch of initiatives to support vulnerable social groups in the city. 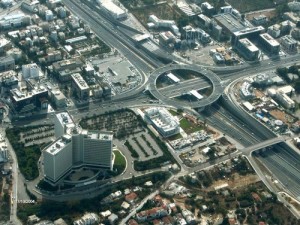 Highway interchange in the northern suburb of Maroussi.

Moreover, Helexpo Maroussi will host more diversified events in the field of exhibitions, entertainment and charity.

According to an announcement, a major international exhibition for trade visitors will be organized for the first time in Helexpo Maroussi. The food and drink exhibition Detrop Boutique Show will be held 14-16 March and showcase unique domestic products ideal for exports.

All of TIF-Helexpo’s events in Attica will be held under the auspices of the Municipality of Maroussi.