Bill To Be Tabled To Attract Tourists To Greek Marinas 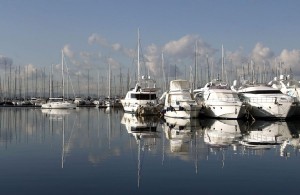 On Greek passenger ferries, Mr. Varvitsiotis said the Shipping Ministry aims to have as many of inter-island ferry routes between the Greek islands as possible by streamlining subsidies and boosting transport on a yearly basis for Kasos, Karpathos and Anafi.

“The services must be self-existent, we will subsidize when there are transportation needs,” the merchant marine minister noted. He added that the subsidy per passenger on some routes reaches 200 euros. “The ships will leave from the nearest point now rather than from Piraeus. Their needs are not met,” Mr. Varvitsiotis said.

Greek Archaeologists: “Our Monuments Are Not For Sale”

Greece Goes To The Oscars: “Before Midnight” Nominated For An Academy Award