Aegean To Connect Hamburg With Athens In May 2014 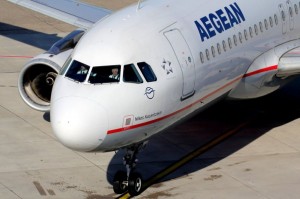 As of 27 May 2014, Athens will be just three hours away from Hamburg as Greek carrier Aegean Airlines will begin nonstop service from Hamburg Airport to the Greek capital three days a week – Tuesday, Thursday and Saturday. The route will be operated with an Airbus A320.

The last time the Athens-Hamburg route was served was in 2004.

“There is very strong demand, not just from holidaymakers and the many business travelers, but also from the many Greeks who live here in northern Germany,” said Michael Eggenschwiler, CEO of Hamburg Airport.

For several years now, Athens, one of the top destinations in Europe, could only be reached from Hamburg via a connecting flight. In 2012, for example, over 40,000 passengers flew from Hamburg to Athens, even though they had to change planes once along the way.

Flight to Heraklion on its way

Aegean also announced that as of 29 May, 2014, it will also launch a flight to Heraklion, Crete, on Tuesdays and Thursdays.

““The new direct flights add much more than just new routes to Aegean’s network. They bring Hamburg, a major transport hub and one of the most affluent cities in Europe, closer to Athens and Crete, one of the most popular tourist destinations not only of Greece but also of the world,” said Dimitris Gerogiannis, Aegean’s managing director.