Smartphones And Other Electronic Devices To Be Allowed On-Board Aircraft 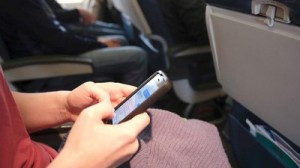 The use of personal electronic devices (PED) such as tablets, smartphones, e-readers and mp3 players during flights is expected to change, the European Aviation Safety Agency (EASA) recently announced.

According to an announcement, EASA will publish by the end of November 2013 guidance that will extend to all phases of flight the possibility to use electronic apparatus as long as the devices are in “Flight Mode” or “Airplane Mode.”

The changes above will be applicable to aircraft operated by European airlines.

“This is a major step in the process of expanding the freedom to use personal electronic devices on-board aircraft without compromise in safety,” EASA’s executive director, Patrick Ky, said.

In the long term, the agency is looking at new ways to certify the use of mobile phones on-board aircraft to make phone calls.