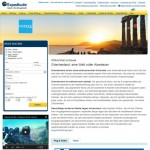 The Greek National Tourism Organization office in Germany is making full use of modern technology to give Greece the best online promotion to the German public.

Advertising campaigns began in August and are still running since the extension of the tourism season in Greece is one of the main objectives of the country’s tourism policy. 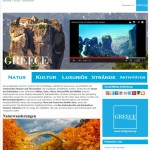 GNTO Germany has launched campaigns on websites of leading travel companies such as Tripadvisor and Expedia. The campaigns give particular emphasis on Greek destinations that are not known to the German market.

Also, in cooperation with GNTO Germany, the German magazine “Das Erbe unserer Welt” (The Heritage of our World) has published an 18-page feature on Greece. 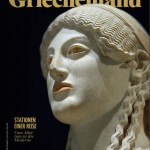 “Das Erbe unserer Welt” is a German-language magazine distributed together with the German National Geographic Magazine.

The feature on Greece is also available in digital format on pages 104-123.

Zakynthos Next To Apply For Waterway License