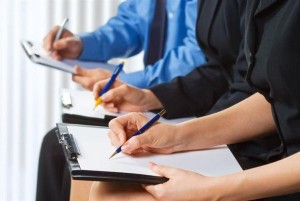 The Association of Greek Tourism Enterprises (SETE) announced on 9 October the launch of the SETE Institute (InSETE) that will aim to improve the quality of the Greek tourism product and upgrade the country’s tourism education and training.

InSETE is expected to further support SETE’s offer to Greek tourism by providing scientific and technical support to the promotion of quality and entrepreneurship in the tourism sector and by reinforcing the country’s human resources.

“With the creation of Marketing Greece we attempted a substantial intervention to boost demand and with the launch of InSETE we attempt an equally important, if not more significant, intervention to improve the offer of our tourism product,” SETE’s president, Andreas Andreadis, said.

According to Mr. Andreadis, improvement to Greek tourism can be succeeded through scientific study and research, the strengthening of the quality of tourism enterprises and, above all, by providing the necessary education and training to human resources.

Through InSETE the association will handle a percentage of funds from the account for employment and vocational training LAEK (a fund set up for in-company training by Greek Manpower Employment Organisation-OAED) to launch training and certification programs throughout Greece for tourism enterprises and especially small businesses.

“SETE considers that, as a social partner, it should actively participate in the national planning of development by presenting the state with a comprehensive and realistic plan and supporting its effective implementation,” he said. (SETE was announced social partner in January and can now engage in constructive social dialogue with (social) partners: SEV-Hellenic Federation of Enterprises, GSEVEE-Hellenic Confederation of Professionals, Craftsmen & Merchants and ESEE-National Confederation of Hellenic Commerce.)