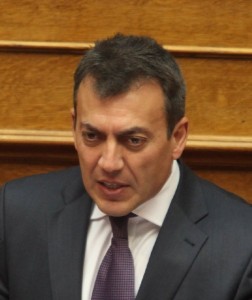 The Association of Greek Tourism Enterprises (SETE) will now take part in the consultation process to determine Greece’s minimum wage and the National General Collective Labor Agreement, according to an announcement made today, Tuesday, 8 January, by Labor Minister Yiannis Vroutsis.

The announcement was made following a meeting Mr. Vroutsis held with Tourism Minister Olga Kefalogianni, the president of the Association of Greek Tourism Enterprises (SETE), Andreas Andreadis, and the heads of 14 associations-members of SETE.

During the meeting, the labor minister underlined that the Greek tourism industry employs over 700,000 people and contributes some 16 percent to the country’s GDP.

This “upgrade” gives SETE a say in the formation of the country’s minimum wage and national general collective labor agreement.

Mr. Vroutsis added that SETE’s involvement – as a representative of Greece’s tourism sector – would positively contribute to the national effort to rebuild the country’s economy. 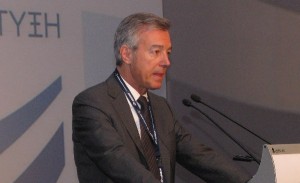 On his part, SETE’s president, Andreas Andreadis, referred to “a historic moment” that marked the start of a new era of cooperation with other social partners, the General Confederation of Greek Workers (GSEE) and the Ministry of Labor.

“Our aim is to create jobs, support new programs for young people so tourism – that has the potential – can absorb many workers,” he said.

The Tourism Ministry is said to be in close cooperation with the Labor Ministry to further boast employment in the tourism sector.

Tourism Minister Olga Kefalogianni said new and innovative specialized actions would soon be presented for that purpose through community resources and other operational activities.

“To support tourism, to protect the existing employment and, in particular, to create new jobs,” she said.

Also discussed during the meeting was the participation of tourism businesses in employment programs expected to be announced soon.