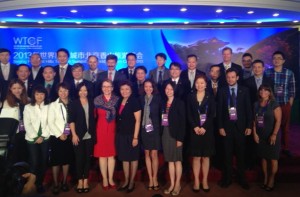 Through the memorandum, Athens will establish a framework to pursue common goals and closer cooperation with the member-cities of the federation.

Over 50 touristic cities, airlines and tourism-related enterprises, from China and abroad, attended the second World Tourism Cities Expo, hosted by the WTCF, which served as a platform for the promotion of touristic activities. 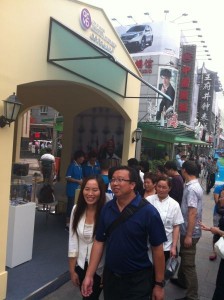 Within the framework of the expo, the City of Athens attended the WTCF Summit and was represented by the chairman of the Athens City Council, Fotis Provatas, and the president of the Athens Development & Destination Management Agency, Yiorgos Broulias.

Some 100 tourism cities, international tourism organizations, people in charge of tourism industry and tourism experts from across the world attended the summit, and discussed and researched the hope to revival the world’s economy – by the development of tourism.

Athens participated in the second World Tourism Cities Expo with a stand manned by the Athens Development & Destination Management Agency.

According to the agency, over 55,000 Chinese citizens passed by the stand and received informational material in regards to the Greek capital.

Metro Station Closed To Public Due To Protest Rallies In Athens