The friendliest taxi drivers are in Pefkos on the Greek island of Rhodes and in the Turkish resort of Marmaris, according to a recent poll of British holidaymakers. 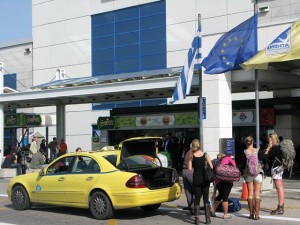 The survey was conducted by airporttransfers.co.uk and based on responses from 2,162 UK holidaymakers who had taken an overseas holiday in the last 12 months.

Other polite cabbies were to be found in Playa de las Americas on Tenerife, in New York City and in Palma Nova, Majorca.

On the other hand, cabbies in Paris, France and Rome, Italy, have been rated the rudest. Those in San Antonio on the Spanish island of Ibiza are not the politest either, the survey mentioned.

Other cabbies it is best to avoid include those in Dubai and in Magaluf on Majorca.

When asked what they thought made a taxi driver “friendly,” 86 percent of respondents agreed it was a driver who was “talkative,” while 42 percent also said a friendly taxi driver was someone who gave their advice/knowledge of the local area.

When asked what they saw as a rude taxi driver, the majority, 51 percent, said it was someone who was “unhelpful.”

Greek Tourism On Track To Surpass 17 Million Arrivals This Year