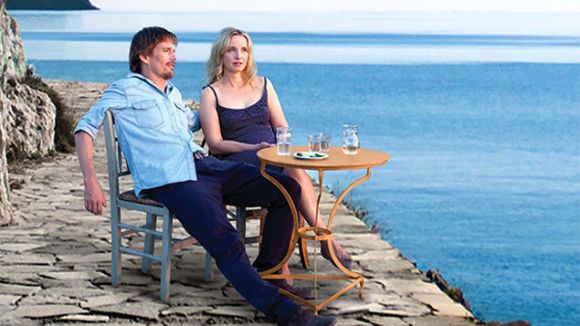 The Athens Open Air Film Festival will kick off this year with the premiere of Richard Linklater’s “Before Midnight” that was filmed in Greece.

Hollywood stars Ethan Hawke and Julie Delpy will be in Athens to attend the premiere of their film “Before Midnight” that will open the 3rd Athens Open Air Film Festival in the Greek capital.

The premiere will be held on Tuesday, 11 June, at Cine Thisio, the best movie theater in the world, according to a past CNN survey.

It is reminded that Richard Linklater’s “Before Midnight” was filmed in the unique natural setting of Messinia in the Peloponnese. (For more, see here.) 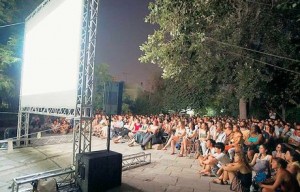 The festival returns for a third year with outdoor film screenings and cultural events, all set against the backdrop of Attica’s most distinctive monuments.

From June to September, events will be held in the city’s summer cinemas, in open spaces around the Acropolis (Dionysiou Areopagitou pedestrian walkway), museums and courtyard spaces, the park at Plato’s Academy, Agias Irinis Square and Avdi Square in Metaxourghio.

This premiere of the 3rd Athens Open Air Film Festival is supported by the Greek National Tourism Organization.