Airline offering over 4,000 weekly seats to and from United States 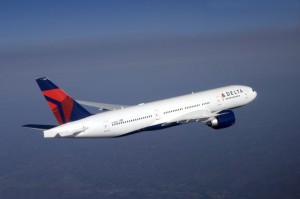 The flight will operate daily using an Airbus A330-300 aircraft with 298 seats, and will be operated in junction with Air France-KLM.

“We are delighted to see the return of our summer seasonal flight between Athens and New York, offering customers more choice, nonstop convenience and onward connections to more destinations in the U.S. than any other carrier including popular destinations such as Florida and California,” said Perry Cantarutti, Delta’s senior vice president of Europe, Middle East and Africa.

Customers flying between Athens and New York this summer will benefit from an enhanced airport experience on arrival and departure through Delta’s new state-of-the-art, $1.4 billion Terminal 4 at New York-JFK.

In 2012, Delta carried over 125,000 passengers between Greece and the U.S. with an average load factor of nearly 85 percent on the route.

According to the carrier, this summer, passengers will be able to enjoy a range of new in-flight amenities, complementing Delta’s award winning onboard service.

Delta’s seasonal nonstop service between Athens and New York-JFK will operate as follows: