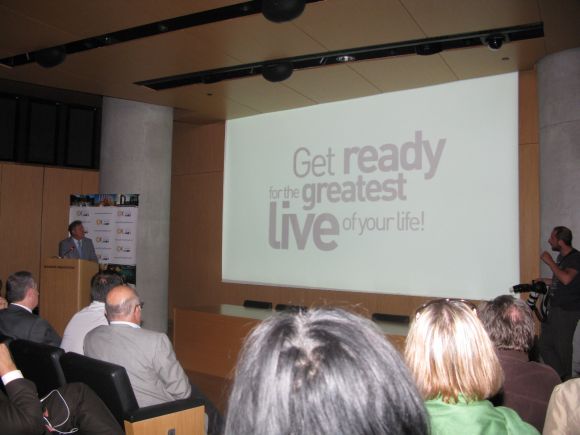 “The greatest live of your life”. This is the motto that closed the presentation of the Integrated Promotional Campaign for the Region of Attica, held in the Acropolis Museum on 27 May 2013. 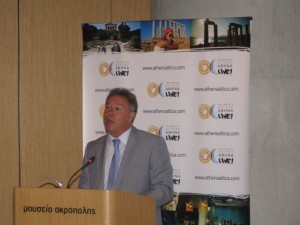 The Region of Attica has launched a new integrated promotional campaign that aims to extend the tourism season in Athens and the Argosaronic islands beyond the summer months, secure additional tourism capital and strengthen tourism businesses.

During a presentation on 27 May, Attica’s Regional Governor, Ioannis Sgouros, said the region’s goal is for Attica and the nearby islands (such as Hydra, Aegina, Spetses, Poros, and Agistri) to be included among the Top 10 City Break destinations in Europe.

The campaign, developed by McCann Erickson Advertising company, will promote Attica through all available communication channels in target markets, such as the UK, France, Germany, Italy and Russia.

The portal offers applications and features to visitors and weekly updates highlighting the region’s current events. According to the region, already 130.000 users have visited the portal since its launch in January 2013.

The portal is currently available in two languages (Greek and English) while four more will be added soon (French, German, Italian and Spanish).

The portal has been promoted with banners in targeted markets, with more than 144,000 clicks to date, and a special SEM Google campaign targeting the city break market.

In addition, there is a smart phone application which can be downloaded for free and used by visitors as a “personal electronic tour guide” to facilitate their stay in the region.

Especially for the campaign, 11 thematic promotional videos in six languages were created that illustrate the wide spectrum of activities offered to visitors during their stay in Attica and the islands of the Argosaronic Gulf.

The videos have been broadcast on Travel Channel, the largest travel channel in the world, which in turn created five TV spots highlighting the region.

Mr. Sgouros also announced that the campaign seeks to upgrade events in Athens such as the Classic Marathon, promote its festive character and increase the number of visitors and participants, both from Greece and abroad. The region is also working in cooperation with the Athens – Attica & Argosaronikos Hotel Association to promote tourism on the islands near Athens by planning the Saronic Gulf Festival.