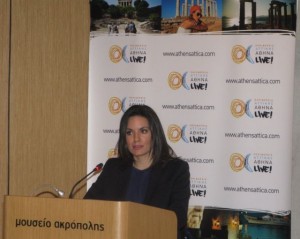 The Greek Tourism Ministry today, 27 May, invited the country’s regions and municipalities to join forces and form a common tourism strategy.

“The Tourism Ministry aims for each region to develop separately, for each municipality to discover what it can offer in regards to classical forms of tourism,” Greek Tourism Minister Olga Kefalogianni said while speaking at the presentation of the Region of Attica’s new integrated promotional campaign.

Mrs. Kefalogianni underlined the creative collaboration she had with Attica’s Regional Governor, Ioannis Sgouros, on following a common tourism strategy. 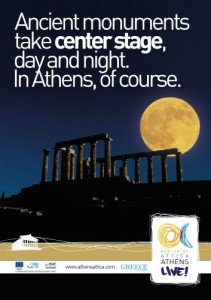 During her speech, the tourism minister noted that this year’s positive predictions “should not reassure us and divert us from the main aim,” which that is bringing tourism back to the Greek capital.

“Athens needs a new positive image that will match the country’s overall image,” she said.

Mrs. Kefalogianni underlined that Athens is a modern, safe and welcoming city. “A city that can accommodate and serve millions of tourists,” she said.

Among the planned actions to change the city’s image is increased police presence in certain neighborhoods, the renovation of the city center’s historic parts, the promotion of the coastal front of the “Athenian Riviera” and the creation of a strong cultural axis at the Faliro Delta.